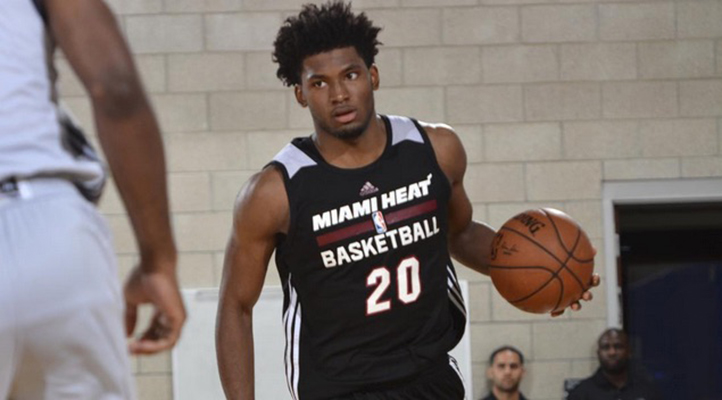 Amidst all of the hoopla surrounding the Heat during the offseason, the biggest story may have been the selection of Winslow with the No. 10 overall pick.

The 19-year-old was expected to be drafted between the fourth and seventh picks of the 2015 NBA Draft, but unexpectedly dropped to No. 10 for Miami. The Heat did not even work Winslow out during pre-draft workouts because they never dreamed that he would drop down to that slot.

After winning a National Championship during his freshman season at the University of Duke, Winslow will enter his rookie season as a key backup off the bench.

Winslow is a star in the making and might just take over the starting small forward spot in no time. He’s not an explosive scorer, but he’s an excellent defender, excels on the fastbreak and can carve out a role as a catch-and-shoot three-point specialist.

It’s only a matter of time before this No. 10 overall pick cracks the Heat’s starting lineup.