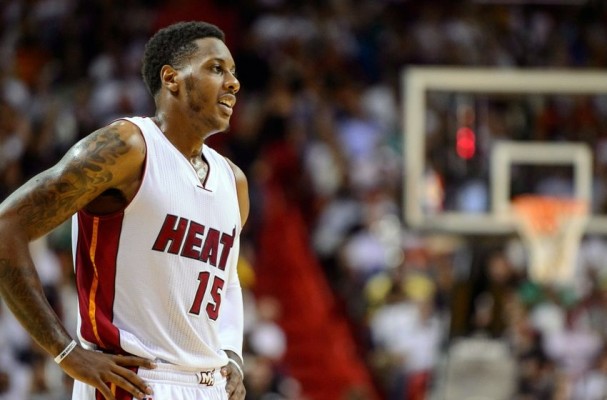 Yet another battle-tested veteran on the trade block, Mario Chalmers enters the upcoming season uncertain of which team he’ll play for.

There is little doubt the franchise is trying to unload Chalmers and his $4.3 million contract. However, while the team remains adamant about trading ‘Rio, they could wait until the trade deadline next February to unload his contract. This is because the luxury-tax bill is not computed until the season’s end.

If the seven-year veteran does return to Miami, he will serve as a primary option off the bench at both of the guard positions. Chalmers proved to be a viable scorer off the bench as a two-guard last season, and has started at point guard for two championship-winning squads.

He may be wildly inconsistent, but given he returns with the Heat, he’ll be one of the team’s top role players.