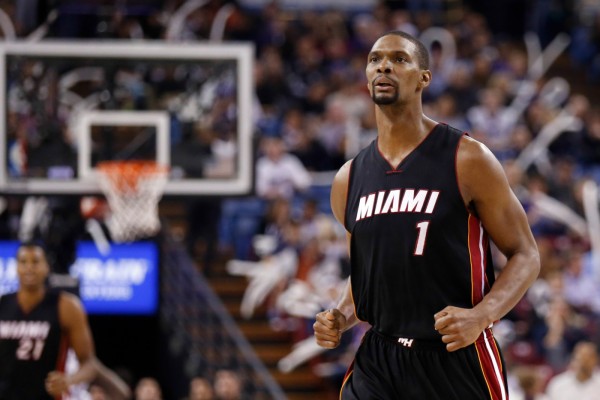 The multiple-time All-Star had his season cut short due to a blood clots ailment in February. While Chris Bosh was named to his 10th consecutive All-Star game, it was a disappointing year for a player signed to a $118 million contract before the season started.

Bosh failed to take on a leadership role after the departure of LeBron James, and remained the team’s second-best player behind Dwyane Wade. Though he did average 21.1 points per game, he did little in terms of rebounding (just seven rebounds a game), and remained largely a threat outside of the paint.

His rebounding rate was absolutely abysmal at 12 percent and despite the need for an offensive post threat, Bosh saw fit to continue to jack up long-range jump shots.

Entering the 2015-16 campaign, Heat Nation will once again hope Bosh takes on a true leadership role on the court, but the bottom line, he is best suited as a secondary option.