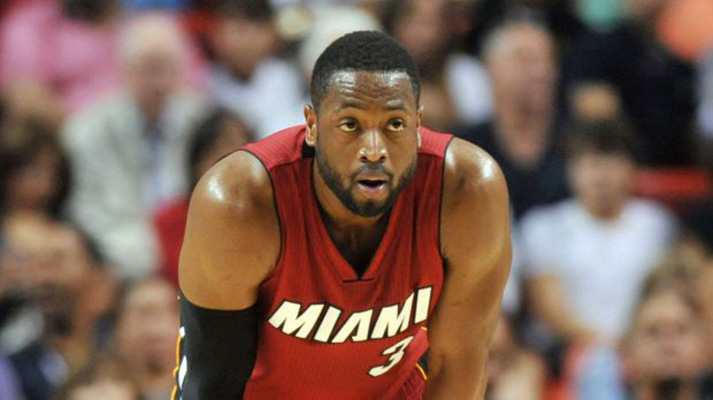 One could argue that Dwyane Wade has been slowed down by injuries in recent seasons.

The Miami Heat star has failed to play at least 70 games in a single season since the 2010-11 season. As recently as last year, Wade dealt with a couple of hamstring injuries as he missed 20 games despite a statistically productive season.

Despite these injury setbacks, head coach Erik Spoelstra does not plan to restrict the 33-year-old’s minutes for the 2015-16 season. Spoestra stated the following at his press conference on Wednesday in regards to Wade, via Jason Lieser of The Palm Beach Post:

Spoelstra on Wade: “Dwyane is coming into this season ready for whatever challenges it brings. I’m not coaching him with restrictions.”

Two seasons ago, when the Heat made their fourth consecutive NBA Finals appearance, Spoelstra designed a preventative maintenance program for Wade. The program was put in place to keep the veteran guard healthy heading into the postseason stretch.

However, that was also a different time period for the franchise—LeBron James was leading the team and the Heat could afford to rest Wade for multiple games.

Heading into the 2015-16 season, there is no doubt that the Heat will lean heavily on Wade. With the former Finals MVP losing weight this offseason, it should be interesting to see how his body holds up.

The health of No. 3 will likely dictate how successful Miami is as a team this year.
[xyz-ihs snippet=”Responsive-Ad”]