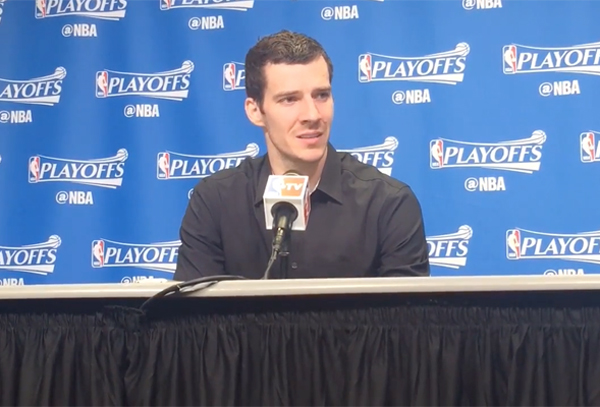 When things get tight, you know who’s always going to be there to bail you out.

Wednesday night was no different as Dwyane Wade hit tough shot after tough shot as he scored nine of his 28 points in the fourth quarter against the Charlotte Hornets in Game 2.

The Miami Heat would eventually end up beating the Hornets 115-103 as they protected home court. When asked about the comfort of having a teammate as clutch as Wade, Goran Dragic responded with the highest form of praise possible.

The question begins at the 3:10 mark below.