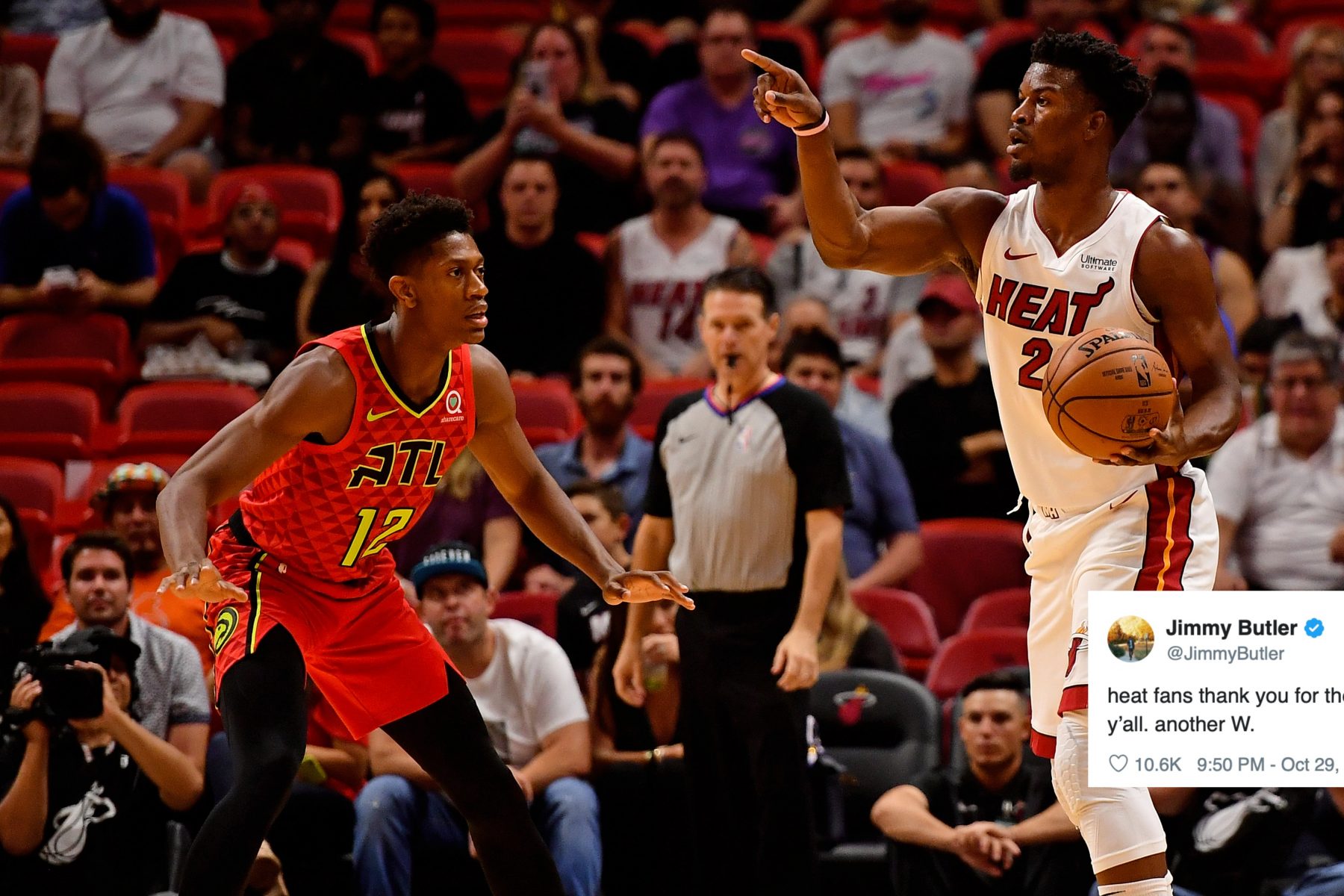 On Tuesday night, Jimmy Butler finally made his debut for the Miami Heat in the team’s fourth game of the season.

He scored 21 points in their win over the Atlanta Hawks. After the victory, Butler posted a message of gratitude to Heat fans on Twitter.

heat fans thank you for the support tonight, we appreciate y’all. another W.

Butler had missed the team’s first three games due to the birth of his daughter.

Even without him, the Heat pulled together and won two of those contests, including a 131-126 thriller against the Milwaukee Bucks.

With a 3-1 record, the team has proven that is can return to the playoffs for the first time since 2018 and forge a new identity after the retirement of Dwyane Wade.

Herro led the team in scoring on Tuesday with 29 points on 7-of-9 shooting from the field, 3-of-4 shooting on his 3-point attempts and 12-of-16 from the free-throw line.

Undrafted rookie Nunn has been a pleasant surprise for Heat head coach Erik Spoelstra. The Chicago, Ill. native put up 17 points on Tuesday and is averaging 21.0 points per game through the first four games of the season.