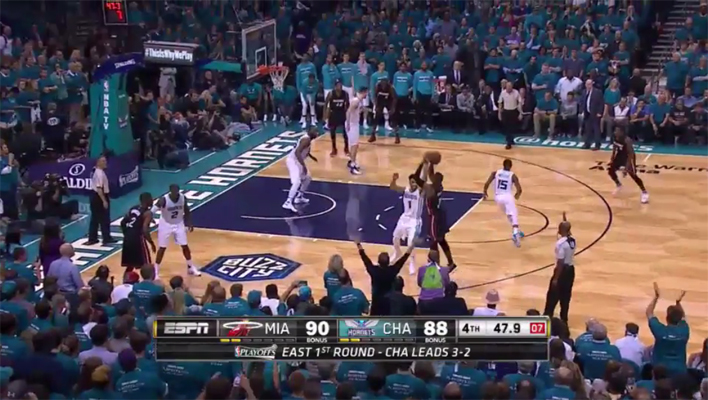 In a decisive Game 6 and the Miami Heat leading by just two points, the three-time NBA champion stepped back and made a ridiculously clutch three-pointer to put the Heat up five with just 46 seconds to go.

Then, again with the Heat up by just three and 20 seconds on the clock, Wade again came up huge as he hit a fadeaway jumper to seal the game for good.

Dwyane Wade just took over!!! Leading the Heat to a 97-90 victory over the Hornets to force game 7 ? https://t.co/n2Ddtjs6Ot

Dwyane Wade and the Miami Heat force a Game 7 #NBAPlayoffshttps://t.co/GGv7xxURs3