Jimmy Butler responds to Joel Embiid: ‘Continue to prove why you’re the best player in this league’ 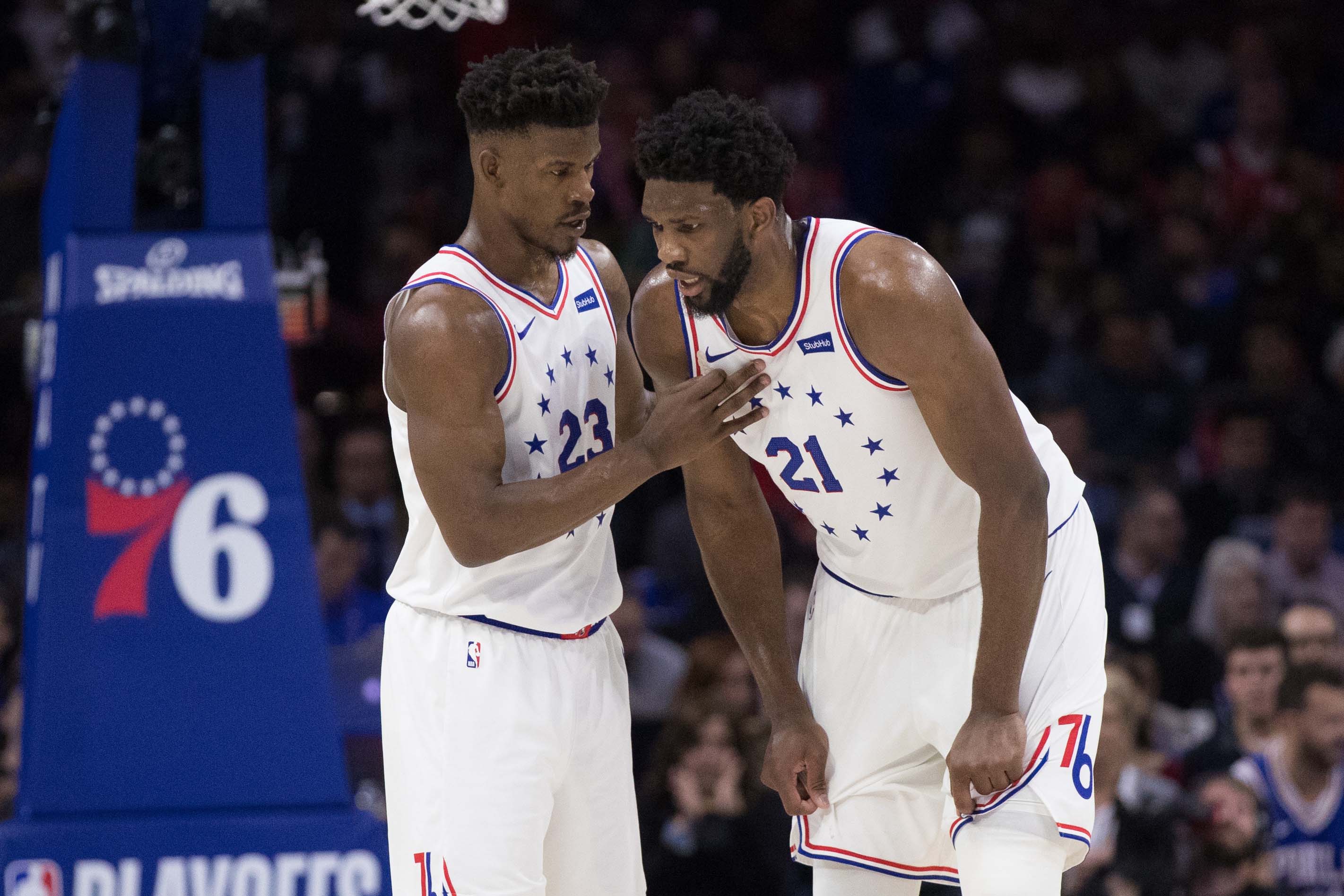 On Friday, Butler responded in kind, letting his former teammate know that the feeling is mutual.

Jimmy Butler on Joel Embiid's comments: "That's my [guy]. For real. And we do talk all the time. Even when I was traded here, I told him, 'Continue to dominate. Continue to prove why you're the best player in this effing league.' I believe that, man."

Last season, the 76ers advanced all the way to the Eastern Conference semifinals before falling to the eventual champion Toronto Raptors in an epic seven-game series.

Game 7 ended in incredible fashion, with Butler nailing a tying field goal with 4.2 seconds left in the game. Unfortunately for him and his former team, Kawhi Leonard nailed a buzzer-beater to give the other side the win.

Alongside Butler, Embiid enjoyed his best season as a pro last season with career-high averages in points, assists and rebounds per game.

Butler’s new teammates on the Heat are surely hoping that his presence will help them elevate their games to the next level as well.

While Butler actually experienced a down year from a statistical standpoint last season, much of that is likely due to the fact that the 76ers’ roster is loaded with All-Star talent. Now, as the lone current star on the Heat, it seems inevitable that Butler will put in one of the most productive seasons of his career.