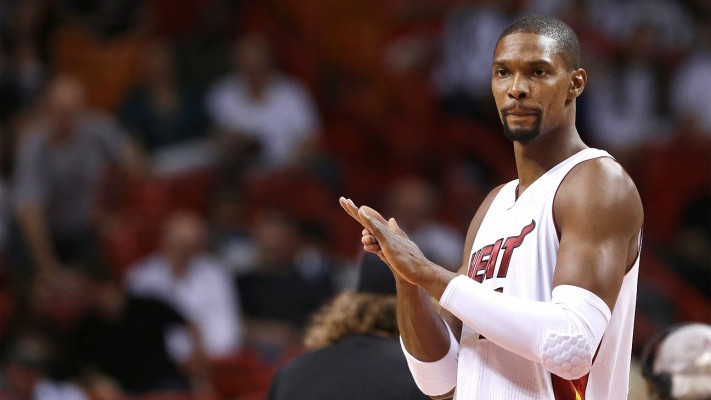 The delicate state of Miami Heat forward Chris Bosh’s current health is such that the team and his physicians are urging him to sit out the remainder of this season.

In an article by Adrian Wojnarowski of Yahoo! Sports, Bosh is reportedly set to meet tomorrow with Miami owner Mickey Arison and team president Pat Riley to discuss his options.

Bosh, who missed the second half of last season due to blood clots that had moved to his lungs, hasn’t played since the team’s February 9 loss to the San Antonio Spurs. While preparing to play in the All-Star Game in Toronto, the blood clot issues related to a calf injury returned, forcing him on February 12 to pull out of playing in the game.

The reason the team and physicians are urging Bosh to sit out is something of a catch-22 for him. That’s because he needs to take blood thinners to eliminate the blood clots. However, most medical personnel strongly recommends not playing any contact sport while taking the medicine.

Should the decision be made for Bosh to end his season, he is then expected to be re-evaluated between three and six months from now.

In 53 games this season, Bosh has started every game and is averaging 19.1 points and 7.4 rebounds per game in 33.5 minutes of play.
[xyz-ihs snippet=”Responsive-Ad”]