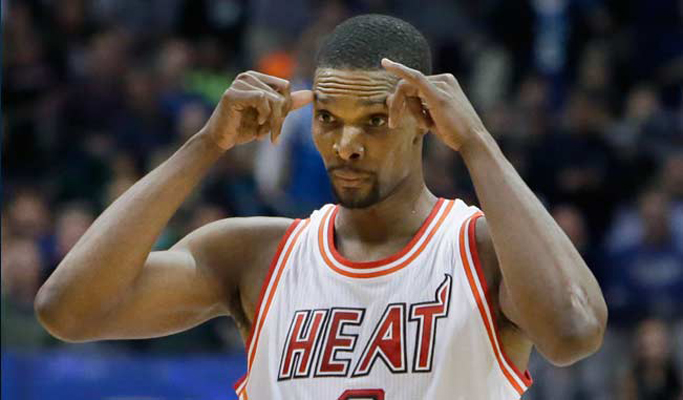 While it’s known that Chris Bosh will miss the All-Star Game due to a calf injury, the severity of the ailment is not yet known.

The Miami Heat forward stated that he will have more exams on his lingering calf injury when he returns to Miami on Monday, after officially dropping out of the game on Friday:

“It just lingered and I didn’t feel it was wise to continue to push it, especially with this elongated week that we have off. I just wanted to make sure that I was taking the necessary precautions and being a good professional.”

The All-Star break has not been kind to Bosh as of late. At the same time period last year, it was announced that Bosh would miss the remainder of the 2014-15 season due to blood clots found in his lung. It was not only a career-threatening situation, but a life-threatening one.

While it’s not known how long Bosh will be sidelined due to this calf injury, teammate Dwyane Wade stresses that Bosh’s health is more important that basketball:

“I’m trying not to think about it too far. I just know the basics. I don’t know too much. Anytime I’m around him, I’m like ‘Let’s talk about this weekend. Let’s not think about the season or anything right now.’ I haven’t allowed myself to be concerned because he hasn’t shown the concern. So we’ll try to make sure we focus on now, and the other part we’ll deal with when we leave here and we get back to Miami.”

The Heat will hope the injury isn’t too severe as they are currently fifth in the East with a 29-24 record.
[xyz-ihs snippet=”Responsive-Ad”]