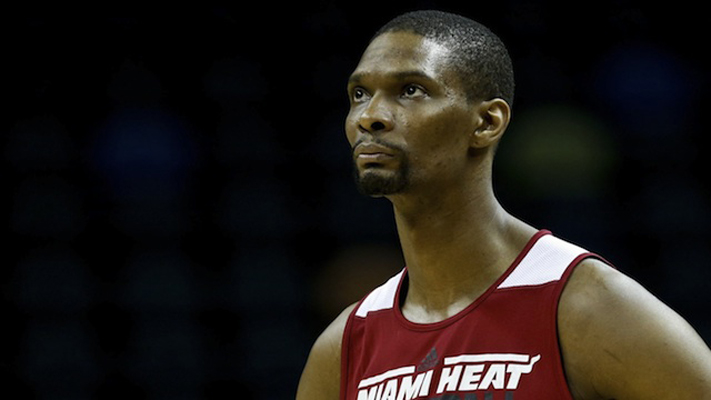 In an odd turn of events, Chris Bosh’s calf injury may be more serious than originally reported.

Bosh’s calf injury prevented the Miami Heat forward from participating in the All-Star Game on Sunday. However, prior to Friday it was expected that Bosh would participate in the All-Star weekend festivities, including the three-point shootout on Saturday.

According to Michael Scotto of the Associated Press, Bosh’s calf injury is “much worse than people are being made aware of.” Barry Jackson of The Miami Herald also reports that this might be “another serious health situation” for Bosh, who was sidelined after the All-Star Game last season due to a blood clot found in his lung.

Multiple sources around the NBA tell me Chris Bosh’s situation is much worse than people are being made aware of.

While it hasn’t been confirmed, the Heat are concerned that there could be a blood clot in Bosh’s calf. Jackson comments on how it would sideline the 31-year-old for the remainder of the season:

“If Bosh, 31, is diagnosed with a blood clot in his calf, he would need to take blood thinners that would preclude him from having physical contact and would thus sideline him indefinitely. Last year, Bosh was on blood thinners for seven months.”

Bosh had been injury-free through the first half of the 2015-16 season, playing in all 53 of the Heat’s games. He had previously commented that he didn’t think think his latest calf injury was related to blood clots:

“As an athlete, we try to keep going with some things, treating it,” Bosh said Saturday. “But it just lingered. And I didn’t feel it was wise to continue to push it, especially with this elongated week that we have off. I just wanted to make sure I was taking the necessary precautions and being a good professional.”

One can only hope that Bosh isn’t going through a blood clots ailment again as it would go beyond the game of basketball at this point.

We will keep you updated at Heat Nation as more information pops up.
[xyz-ihs snippet=”Responsive-Ad”]