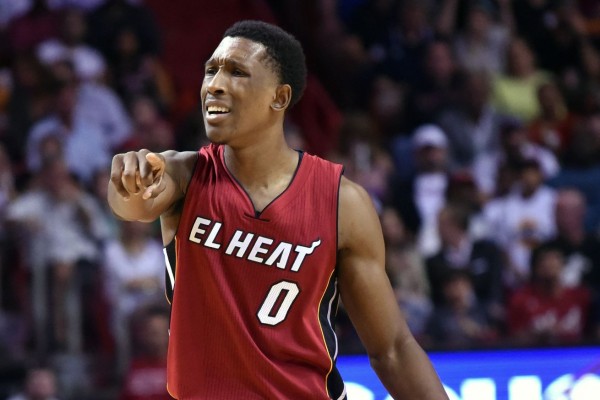 A miserable summer for the Miami Heat got even worse on Friday when it was reported that second-year guard Josh Richardson had suffered a partially torn MCL while taking part in workouts earlier in the day.

Shams Charania, who covers the NBA for The Vertical on Yahoo, tweeted out the news late Friday afternoon. Right now, his return date is uncertain and will be dependent upon the amount of rehabilitation that will be required.

Josh Richardson suffered the knee injury in workouts on Friday. He blossomed as a rookie last season for the Heat.

Richardson saw action in 52 games as a rookie last season, starting in two contests. He averaged 6.6 points, 2.1. rebounds and 1.4 assists per game after being drafted in the second round of the 2015 NBA Draft out of the University of Tennessee. Following the All-Star break, he had 14 double-digit scoring efforts.

The departure of Dwyane Wade in free agency was expected to make Richardson a strong candidate for the starting lineup. That possibility will have to be put on hold for now until a full understanding of the injury takes place.
[xyz-ihs snippet=”Responsive-ImagenText”]