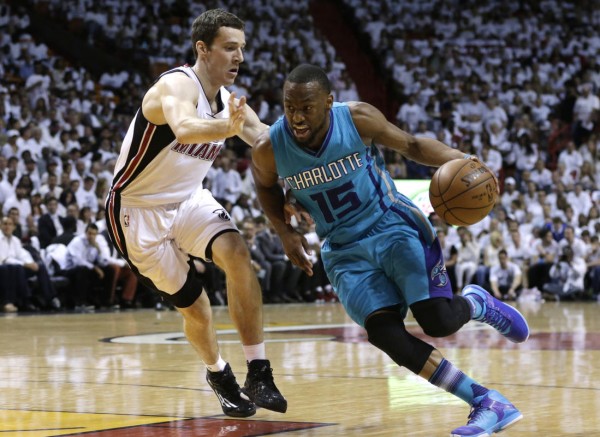 The Miami Heat started 2018 off with a bang, winning seven games in a row in early January. Since then, the Heat have won just three of their last seven games.

According to Barry Jackson of the Miami Herald, the Heat would look to make a trade if an All-Star was on the market.

“If the Heat is playing well just before the Feb. 8 trade deadline, Miami would look to make a trade only if an All-Star talent becomes available,” he wrote. “Charlotte’s Kemba Walker – who’s reportedly available – isn’t the ideal match, because of (Goran) Dragic’s presence and the Hornets’ desire to dump a bad contract with him.

“The Heat wouldn’t look to make a lateral move if it’s playing well.

“But we’re told Miami would be more active in trade talks if it’s playing poorly before the trade deadline.”

While the Heat haven’t been performing quite as well in recent contests, all of their losses have come in very close games. Last week, they went toe to toe with the Houston Rockets, one of the league’s best teams, until the closing minutes of the game. They then lost to the Sacramento Kings only after a last-second bucket.

At this point, it seems Miami is a surefire playoff team and it would be difficult to improve upon its already talented roster. If an All-Star that could raise the Heat to another level of competitiveness became available, however, it would be fascinating to see who they would be willing to move to get a deal done.

The clock is ticking on the NBA trade deadline, but there is still more than enough time for the Heat to make a move. Only time will tell if they actually do pull a trigger and bring an All-Star to South Florida.
[xyz-ihs snippet=”HN-300×250-TextnImage”]