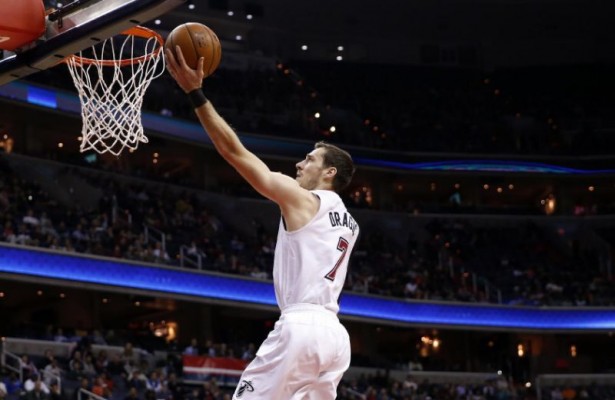 The Miami Heat are desperate for Goran Dragic to return.

Dragic has missed the last six games and the Heat have gone 1-5 as a result. The team’s offensive play has declined as a result of Dragic’s absence and a number of injuries to other players.

According to Ethan J. Skolnick of The Miami Herald, the Heat are optimistic that Dragic will make his return when the team visits the Milwaukee Bucks next Friday night.

“Dragic is shooting for next Friday in Milwaukee, after ruling out Monday in Chicago and Tuesday in Brooklyn, games for which Udrih (sore neck) could be ready to step in.”

The point guard’s absence has caused the offense’s performance to decline. The team is averaging less points on lesser efficiency from the field with Dragic out. The Heat also have just 93.3 possessions per 48 minutes, which is the second-lowest in the NBA, just ahead of the Utah Jazz.

The latest injury setback (calf strain) has been frustrating for the 29-year-old point guard:

“That’s why when this injury happened, I was so frustrated: I would not say I finally figured it out, but I finally found myself, and then this. But what is helping me a lot, I can see that I can be myself on this team. So when I am coming back, I’m not going to have a lot of problems.”

With the Heat currently in the midst of a four-game losing streak, the return of their starting point guard could possibly provide a spark to a season that is quickly heading in the wrong direction.
[xyz-ihs snippet=”Responsive-Ad”]