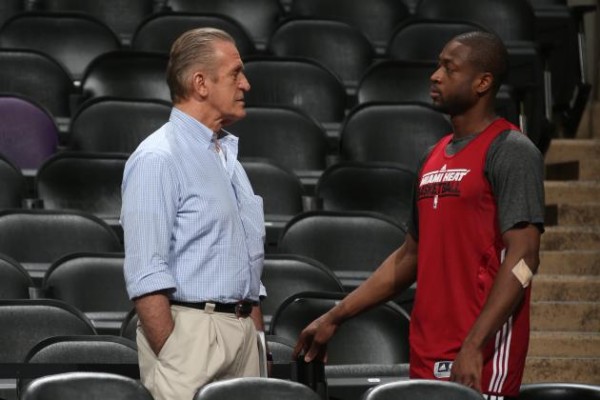 If you haven’t heard already, Miami Heat star Dwyane Wade is on the open market and listening to offers. The free agent has already been linked to rumors with the New York Knicks and Milwaukee Bucks.

Although many believe Wade will indeed stay with the only team he’s ever played for, one particular offer has seemingly disgruntled the 13-year veteran.

According to Adrian Wojnarowski of The Vertical, the Heat have initially offered the three-time champion $10 million annually:

To put that into perspective, Jared Dudley, who averaged 7.9 points and 3.5 rebounds last season, just signed a three-year, $30 million deal with the Phoenix Suns that’ll earn him $10 million dollars a season.