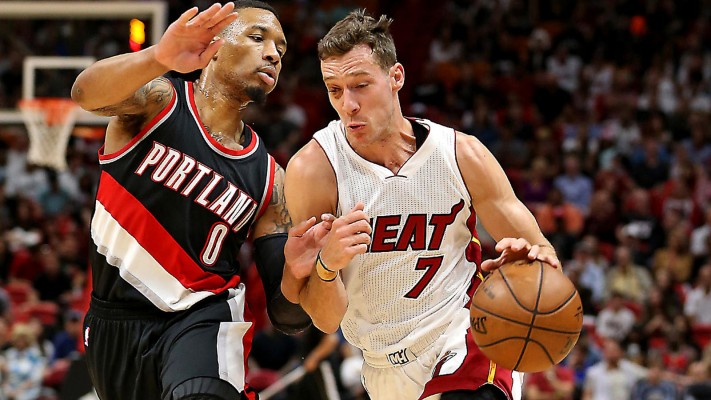 The Miami Heat are facing all types of injury problems this season.

Now, another starter, Goran Dragic is dealing with an injury of his own. According to Anthony Chiang of the Palm Beach Post, the point guard is battling a nagging foot that’s apparently severely painful:

“Dragic is also dealing with nagging foot injury that’s so painful the Heat training staff is cutting a hole in the side of his sneaker to alleviate the pressure while he’s playing.”

Dragic, 30, has been having a spectacular season with averages of 20.0 points and 5.9 assists a game. However, over the last five contests, the veteran has put up just 15.6 points on 36 percent shooting.

The drop in production may be due to the injury Dragic is encountering. Yet, the Slovenian speedster is battling through the pain and making his best effort to stay on the court. The Heat will need every ounce of energy from their starting point guard to stay in the playoff race.

The Heat take on the Detroit Pistons Tuesday night at The Palace of Auburn Hills in a crucial Eastern Conference showdown.
[xyz-ihs snippet=”Responsive-ImagenText”]