Report: Dwyane Wade in Contract Negotations with Knicks and Bucks 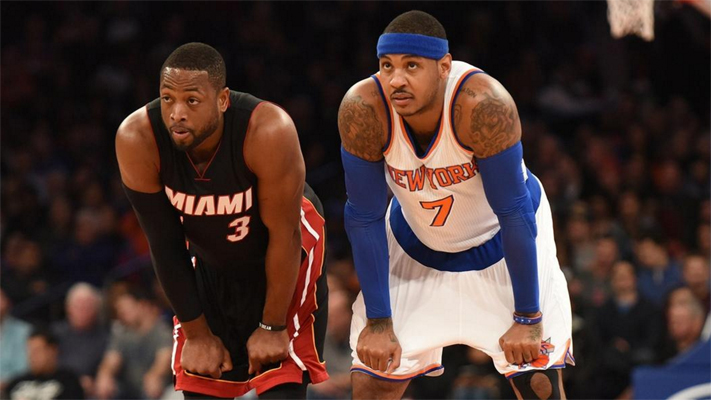 Just 12 hours after Miami Heat center Hassan Whiteside announced he would be re-signing with the team, the Heat’s worst nightmare just got a lot more vivid.

ESPN’s Brian Windhorst tweeted out that Heat-lifer Dwyane Wade is currently in contract talks with the New York Knicks and Milwaukee Bucks.

Dwyane Wade is in contract talks with the Knicks & Bucks and could schedule meetings next week, sources told ESPN.

While the Heat would love to have Wade stay put, the priority remains in somehow convincing superstar free agent Kevin Durant to come to Miami. If Pat Riley can do the unthinkable and sign Durant, almost no money will be left over for Wade. However, if the Heat are unable to sign the Oklahoma City Thunder forward, the rest of the money could then be allocated to Wade.

The most ideal situation would be signing Durant and then trading Josh McRoberts and Goran Dragic to clear space for Wade. Still, the 13-year veteran doesn’t seem to be satisfied.

Said a source close to Wade, "He wants to be compensated for his pay cuts" https://t.co/5u5yWzP20H

The truth of the matter is the three-time champion has never been the highest paid player on the team he’s stuck with for his whole career and he’s getting a little agitated about it. If Riley cannot sway Durant to Miami, it is in fact time to compensate Wade for his pay cuts and make the rest of Heat Nation satisfied.
[xyz-ihs snippet=”Responsive-ImagenText”]