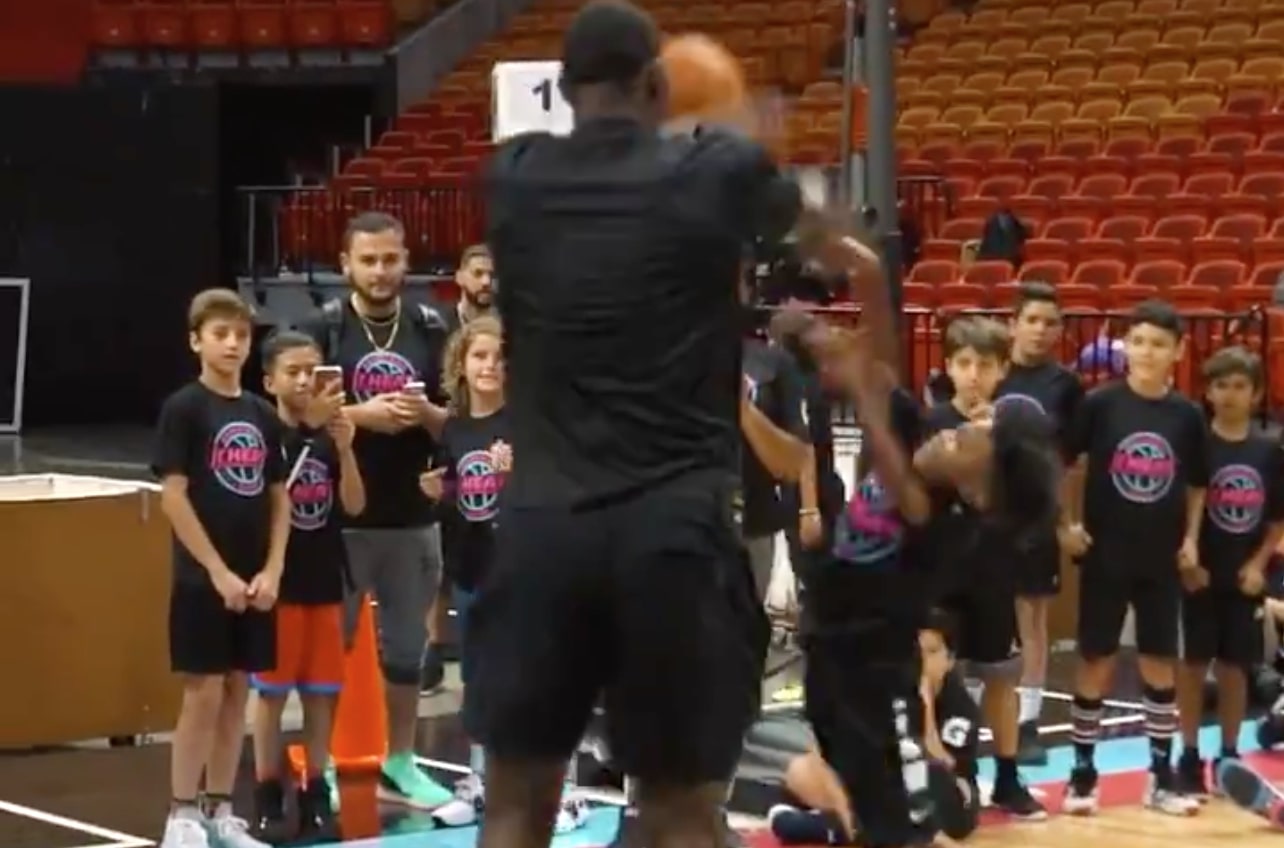 On Thursday, Miami Heat center Bam Adebayo turned 22 years young, and he celebrated by showing off his shot-blocking skills – sort of.

At a basketball camp, he challenged young campers to try to score on him, and fly swatted each of their attempts in good-natured form.

Ain't nothing getting past @Bam1of1 – especially on his birthday! ?️? pic.twitter.com/kVBeo3m7gf

Adebayo, who was the 14th overall pick in the 2017 NBA Draft, is apparently looking forward to the post-Dwyane Wade era with optimism. He put up 8.9 points, 7.3 rebounds and 0.8 blocks in 23.3 minutes per game while shooting 57.6 percent from the field this past season.

With the departure of fellow center Hassan Whiteside, who had spent his last five seasons with the Heat, to the Portland Trail Blazers, Adebayo is expected to take on more responsibilities and a greater workload this upcoming season, and it seems like he’s looking forward to it.

With new teammate Jimmy Butler — a four-time NBA All-Star and All-Defensive Team selection — in the fold, the Heat are expected to remain very competitive.

In fact, according to FiveThirtyEight.com, the team will have an 86 percent chance of making the playoffs in 2019-20, and they aren’t even done setting their final roster.