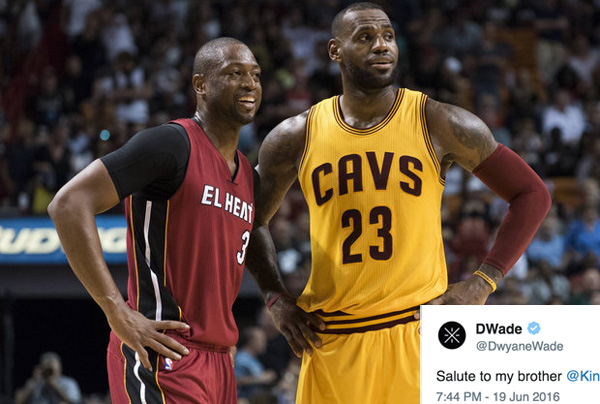 Former Miami Heat superstar LeBron James made history on Sunday night as he and the Cleveland Cavaliers became the only team in NBA history to come back from a 3-1 series deficit in the NBA Finals.

Watching closely, was of course former teammate and close friend Dwyane Wade, who had this to say following the historic Game 7:

If you can't be in this game..you might as well be at this game. What a atmosphere. @NBA #game7

Wade and the Heat will look to be on top of the mountain themselves this upcoming season as they plan to actively pursue Kevin Durant and other big name free agents during the upcoming free-agency period.
[xyz-ihs snippet=”Responsive-Ad”]