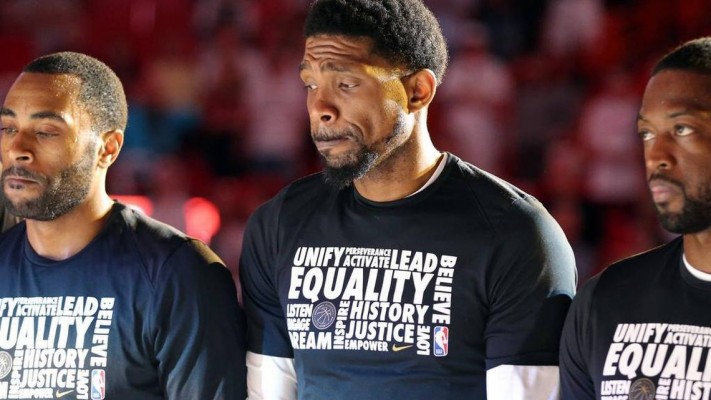 The name of Udonis Haslem has been connected to the Miami Heat ever since the 6-foot-8 veteran signed with the team as an undrafted player. Over the past few years, he hasn’t seen much time on the court, which is one reason why he’s currently looking at potentially playing overseas next season.

“Every time I talk to the guys they want me to come back,” Haslem said.

“But I don’t know, man. I’m just trying to have fun. I’ve got a lot of energy. It ain’t always getting exerted on the court. So I’ve got to figure out somewhere to put it. I’ve got game left in me. I might just go play in China or Europe or something. I’ve got some game left. I ain’t really trying to waste it too much more. So, we’ll figure it out.”

While Haslem played collegiately at the University of Florida in Gainesville, he’s a Miami native and has been a member of his hometown team for the past fifteen years. During that time, he’s averaged 7.7 points and 6.8 rebounds per game, though those numbers have dipped considerably in the past three seasons. However, he holds the distinction of being the franchise’s career rebounding leader.

Despite seeing limited action, Haslem remains a vital presence on the roster as a sage and experienced voice in the locker room and serves as a team captain. While he embraces that role, he would also like to embrace more playing time.

“I know they want me to come back, but there’s also the selfless part of me that gives, gives, gives and a part of me that says I’ve got to start thinking about myself sometimes,” Haslem said. “That’s where I’m at. That’s the dilemma for me. I’ve got to start thinking about myself. I love being around the guys. I enjoy giving life to the guys. I enjoy working out with the guys, and I enjoy seeing the things we do off the court manifest on the court and having success. But you know at the end of the day I still go home a little bit frustrated because I can still play. Part of that is deciding whether I want to deal with that.”

Part of Halsem’s motivation is based on seeing other veterans who are contributing on some of the league’s top teams.

“At the end of the day man I watch guys that contribute on championship teams like David West,” Haslem said. “I watch these guys my age and they’re contributing on championship-caliber teams and I feel like I can do the same thing. I’ve got to see what I’m going to next year.

“Am I a 30-minute a guy anymore? No. But I can contribute. That’s the only thing I want to do and if it’s not here I don’t know where it’s going to be. I just want to help somebody win some basketball games.”

Haslem didn’t indicate any time frame to making that final decision, with the upcoming draft and free-agency period likely to overshadow any move that he might make.
[xyz-ihs snippet=”HN-300×250-TextnImage”]