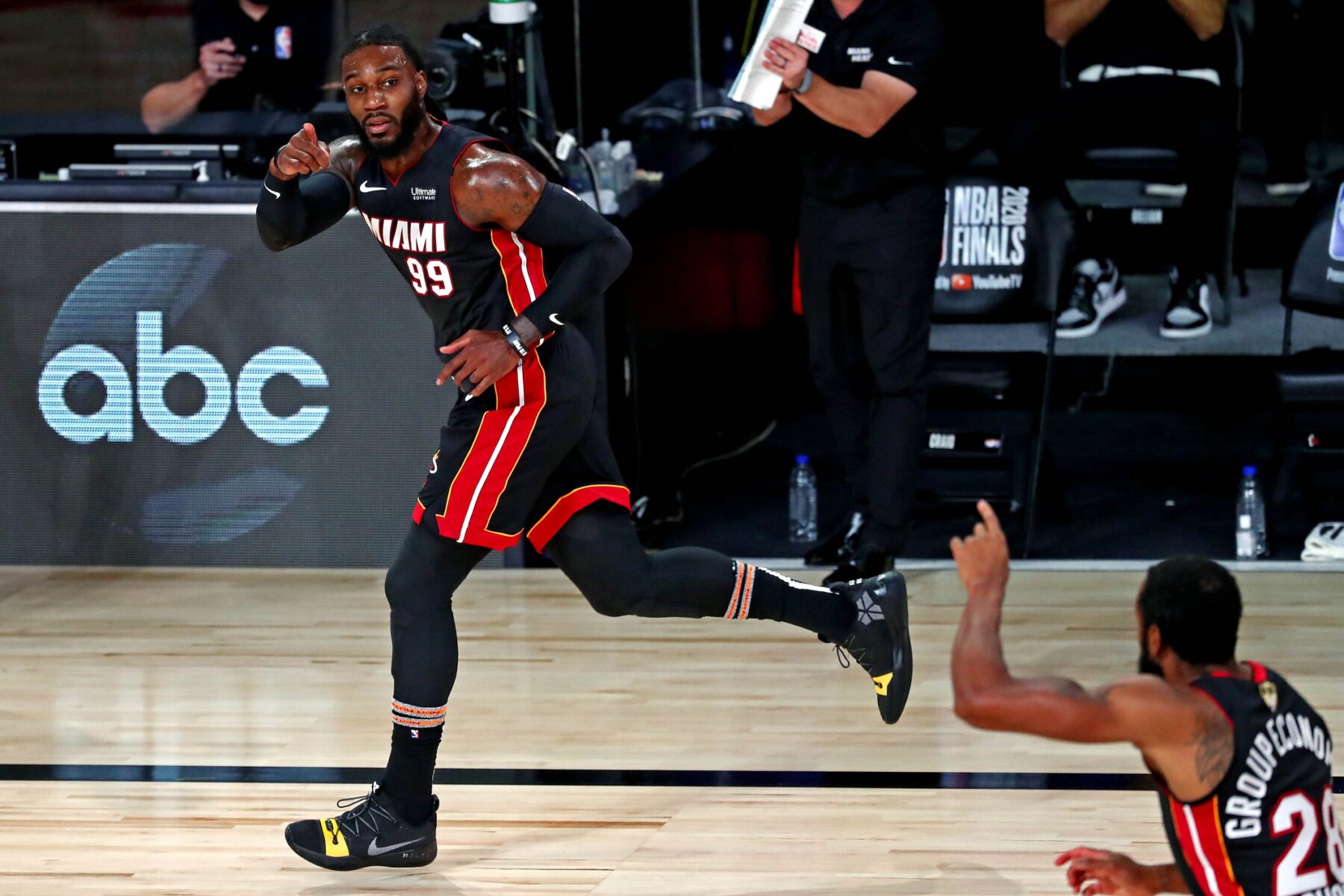 The acquisition of veteran Jae Crowder has greatly aided the Miami Heat this season.

It appears the Heat always had their eye on Crowder. In fact, the Heat constantly checked on his availability over the years.

“Miami’s midseason acquisition of Crowder was the result of a pursuit that spanned several years and franchises,” Rob Mahoney of The Ringer wrote. “Every front office pines after certain players from afar, often on the basis of their shared basketball ideology. Crowder was a Heat player long before he ever joined the team: focused, tenacious, instinctive, and hard-working, which—if you count the free space—is already a Heat Culture™ bingo. Over the years, he locked horns with the Heat while playing for the [Boston] Celtics and Cavs (Cleveland Cavaliers), engendering a certain admiration among Miami’s staff. As [Erik] Spoelstra says: ‘You feel competitors on the other side.’ One way or another, Crowder has a way of making his presence felt. That could mean hitting four 3-pointers in a game, as he’s done six times this postseason, or taking a hard foul on LeBron James, as he did several times in Game 4 alone. In recent years, the Heat would check in with Crowder’s teams on the off chance he might be available.”

The Heat exchanged Justise Winslow, Dion Waiters and James Johnson in return for Crowder, Andre Iguodala and Solomon Hill from the Memphis Grizzlies prior to the 2020 trade deadline.

Although Iguodala was the most prominent addition in the trade, he wasn’t the player that Miami had been tracking for years.

“He was on a regular list of players that I would sometimes ask about,” Elisburg says, “and usually get, ‘No, we’re not looking to do anything with him.’ … It was never able to be in that right place, right time, where everything sort of linked up from the trade opportunity.”

Crowder, 30, has played for numerous teams over the course of his career in the NBA. He’s competed for the Celtics, Dallas Mavericks, Utah Jazz, Cavaliers and Grizzlies.

The journeyman has career averages of 9.6 points, 4.1 rebounds and 1.5 assists per game.

Yet, this stint with the Heat features his furthest run in the playoffs. The Heat are currently battling the Los Angeles Lakers in the 2020 NBA Finals.

The Heat take on the Lakers in Game 5 of the series on Friday night.