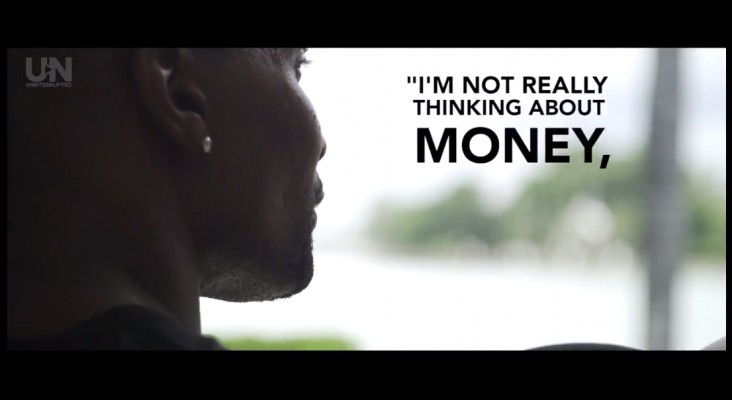 Chris Bosh is not going to stop trying to make a return to the NBA anytime soon.

To make matters clear, the Miami Heat forward isn’t attempting to come back because of the money, status or stardom.

The 32-year-old’s motivation is simply his love of the game.

In Bosh’s latest chapter of the video series, Bosh Rebuilt, he explains how his love for basketball and his kids play a major role in his persistency to return.

For almost two years Bosh has been battling blood clots. Although he was able to bounce back after his first diagnosis, the 13-year-veteran has been unable to get on the court since February, when it was discovered that the clots had come back.

Still, the big man worked hard over the summer and went through a multitude of basketball activities in the hopes of being ready for the 2016-2017 NBA season.

That dream went out the window a day before training camp when Heat president Pat Riley announced that Bosh had failed his physical and that his career with the team was probably over.

It only got worse from there as Bosh fired back at Riley and said that he would still campaign hard to return to the NBA.

The two-time champion has had a fantastic career and could easily call it quits. However, he’s been fighting extremely hard — to the point of publicly defaming Riley — to make it back to the league.

People have been wondering why Bosh has gone through all of this and created such commotion. As transcribed from the video, the power forward explains his persistence in his own words.

“What I would say to the people who just see the money and kind of see my situation and say, ‘Hey, just walk away,’ I get it. I totally get it. I understand you. I hear you. But I’m not really thinking about money. I’m just thinking about where my heart is. I love the NBA. I love playing basketball every day for a living.”

Most NBA players have been playing basketball from a very young age and Bosh, like the rest, doesn’t want to have that removed from his life.

From the colossal achievement of being the Toronto Raptors’ leading scorer to the multiple finals he’s appeared in alongside good friends LeBron James and Dwyane Wade, the game of basketball has brought tremendous joy to Bosh’s life and he doesn’t appear to be letting up anytime soon.
[xyz-ihs snippet=”Responsive-ImagenText”]