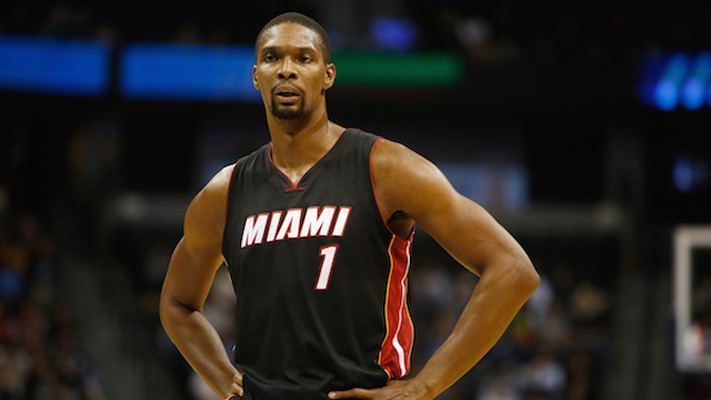 The contentious relationship between Miami Heat forward Chris Bosh and team president Pat Riley over Bosh’s fitness to play has apparently led Riley to declare that the veteran’s career with the team has officially ended.

Ira Winderman of the Sun Sentinel wrote on Monday morning that Riley was asked about whether the team is making any preparations to include Bosh on the 2016-17 edition of the Heat.

“We are not,” Riley said. “I think Chris is still open-minded. But we are not working toward his return. We feel that, based on the last exam that his Heat career is probably over.”

Bosh has been plagued by blood-clot issues the past two seasons, requiring him to take blood thinners to remove those clots. Taking that medication and playing is something few, if any, doctors recommend. That’s despite Bosh’s claims that new advances will allow the medication to be out of his system in time for games.

“It’s pretty definitive from us, in our standpoint, that this is probably going to be a time where we really have to step back. His health, playing and economics — it’s been health, health, health. Whatever the cap ramifications are, they are there, but we never ever thought about that.”

The team’s approach to Bosh’s situation, according to Riley, was similar to the one faced by the Los Angeles Lakers in 1991, when one of Riley’s former players, Magic Johnson, was diagnosed with the HIV virus.

“Dealing with Magic Johnson and what he went through . . . it’s not easy to be with a player for six years and watch him play and watch him accomplish what he’s accomplished,” Riley said. “I can’t imagine what he’s going through.”

Bosh has been critical of the team’s reluctance to clear him, though Riley was annoyed with the perception of the team as being untrustworthy.

“If there was a level of mistrust, I don’t know what he’s talking about,” Riley said. “Contrary to how this thing has been perpetuated in the media, we have worked very, very hard with Chris. I don’t know where that came from. We were there the whole time when he was in the hospital in 2015.

“It wasn’t like (gesture of washing his hands of it). He wasn’t just written off,” Riley said. “That may have been his attitude and his perception of it, because he didn’t want to believe what was out there. That bothered me. He wasn’t written off. Besides that, we did everything we could.”

Given the uncertainty and the inherent dangers involved, Riley believes the team had little choice, though he was appreciative of Bosh’s earnestness.

“We had come to that point. We had a huge conference at the end of June, where everybody was on that call,” Riley said. “I understand what he’s trying to do. It’s a heroic effort.”

Following media day on Monday, the team will begin its training camp in the Bahamas with an eye toward the October 26 opener in Orlando.
[xyz-ihs snippet=”Responsive-ImagenText”]