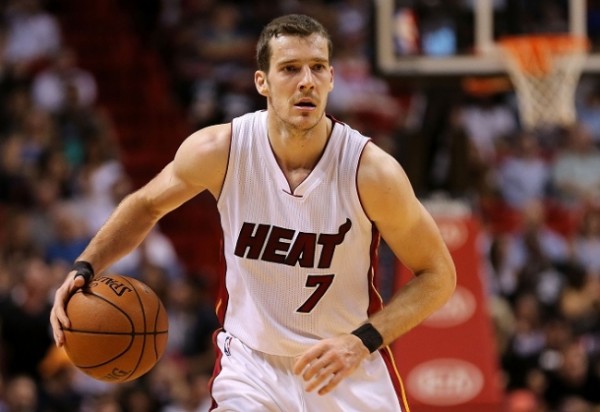 Miami Heat starting point guard Goran Dragic will not be in action tonight against the Brooklyn Nets, the team announced Monday evening.

INJURY NEWS: Goran Dragić (illness) has been ruled out of tonight's game vs the Brooklyn Nets.

This will be the 29-year-old’s first missed game in over two months. Dragic, averaging 17.5 points and 7.4 assists since the All-Star break, has been a huge factor in the team’s resurgent play during the second half of the season.

The only other point guard on the team, rookie Josh Richardson, will occupy much of the ball handling with Dragic out tonight. Richardson, who has also been on a tear, is averaging 11.0 points on a league-leading 61.4 three-point shooting percentage since the break.

The Heat fly out Tuesday morning for a three-game West Coast road trip that includes stops in Los Angeles, Sacramento, and Portland. Holding Dragic out vs. the lowly Nets is likely a precaution to have the guard as ready as possible for the road trip.
[xyz-ihs snippet=”Responsive-Ad”]