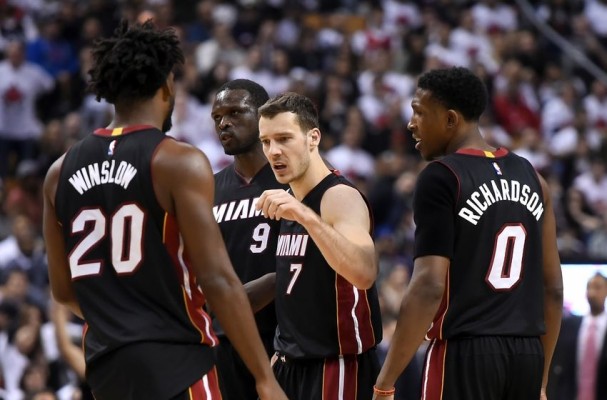 The Miami Heat did not have a great summer in the eyes of many NBA analysts around the country. The loss of Dwyane Wade, the uncertainty of Chris Bosh‘s health, and the addition of career journeymen like Derrick Williams and Wayne Ellington in the offseason did little to shore up confidence.

The Westgate SuperBook in Las Vegas posted its 2016-17 win totals on Tuesday. They have the Golden State Warriors, coming off a record 73-win season, as the favorite to repeat its regular-season dominance with an over/under win total of 66.5.

The Heat won 48 games last year, but have its over/under win total at 36.5. Here is the rest of the Eastern Conference for comparison:

In the Eastern Conference there are 11 teams with projected win totals above the Heat. Since making the playoffs will be a good benchmark of success for the Heat in the post-Wade era, the team will have some work to do this season to prove the oddsmakers wrong.
[xyz-ihs snippet=”Responsive-ImagenText”]