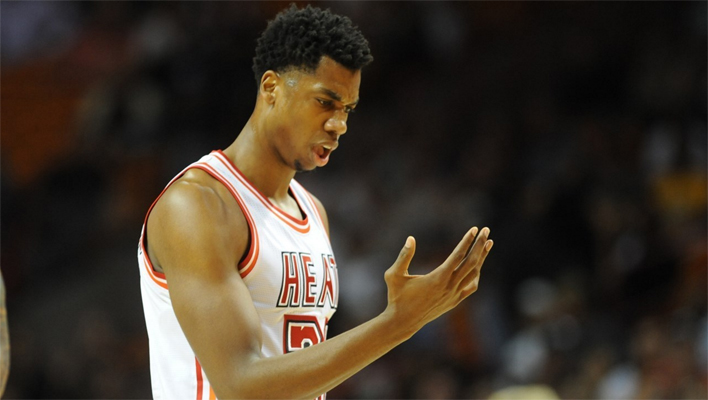 Hassan Whiteside played his first preseason game of the year Tuesday night, and if the results are any indication of what to expect from the big man this season, the Miami Heat have found their next superstar.

The best shot-blocker in the NBA finished last night’s exhibition game versus the Washington Wizards with 20 points, 13 rebounds and three blocks in only 23 minutes of action. The Heat went on to win the matchup in dominating fashion to notch their first official “W” since the departure of Dwyane Wade. Though the Heat certainly have a lot to look forward to in coming seasons, all eyes are on Whiteside for the time being as he takes the reigns of this storied franchise.

Fresh off signing a four year, $98 million contract in the offseason, Whiteside enters this season as a primary option on offense, while maintaining his position as the clear-cut leader on defense. Naturally, expectations are sky-high for the seven-foot, shot-blocking menace now that the last remnant of the “Big Three” is gone and the spotlight has shifted directly onto him and guys like Goran Dragic and Justise Winslow.

While many believe Whiteside will meet those lofty expectations in 2016-17, here at Heat Nation, we’re confident he will exceed expectations and emerge as one of the best centers in the league.

Here are five reasons Whiteside will become an All-Star center in the NBA this season: 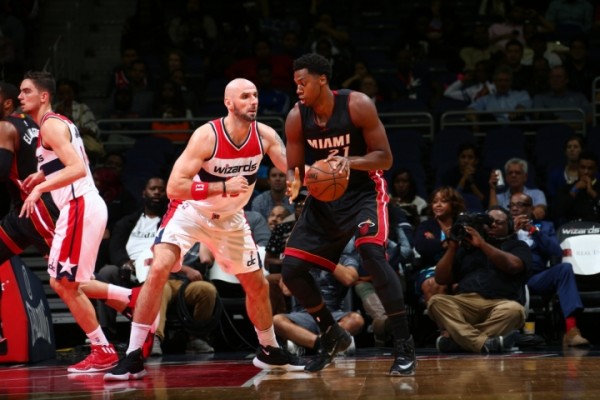 At 27-years-old, Whiteside will essentially be entering his prime in the 2016-17 season. Studies show that top NBA players tend to play their most productive season(s) around the age of 27. Whiteside is a “young” 27, too, considering he’s hardly accumulated any mileage throughout his short NBA career. Whiteside should enter this season as fresh and confident as we’ve seen him.

The seven-footer is not only entering his physical prime, but perhaps his mental prime too. In his 2014-15 season with the Heat, Whiteside struggled to control his on-court emotions and often displayed poor body language. Since then, guys like Wade, head coach Erik Spoelstra and Heat Lifer Udonis Haslem have helped him control his emotions and harness his intensity into success on the court. As a result, throughout the latter half of the 2015-16 season, we’ve witnessed the big man grow into a more mature, even-keeled professional on and off the court. Expect Whiteside to continue “growing up” this season while producing some of the best performances of his career under the continued tutelage of coach Spoelstra.