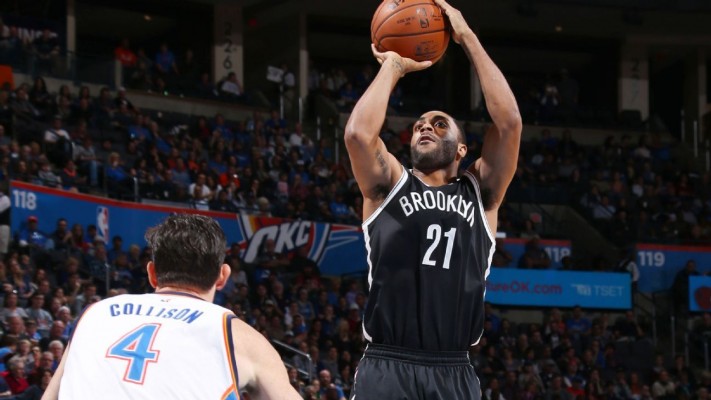 In an effort to at least partially fill the gaping hole left by the departure of Dwyane Wade, free agent shooting guard Wayne Ellington has agreed to a two-year contract with the Miami Heat.

Ellington’s contract is expected to pay him $12 million over the next two years. He had the option of returning to the Brooklyn Nets, but declined the opportunity after making just under $924,000 last season.

Ellington has bounced around the NBA during his seven seasons in the league, playing for six different teams during that span. He was originally the 28th player selected in the 2009 NBA Draft, chosen by the Minnesota Timberwolves out of North Carolina.

The 2015-16 season saw Ellington play in 76 games for the Nets, getting a career-high 41 starts. He averaged 7.7 points, 2.3 rebounds and shot just under 36 percent from long-range, numbers that mirror his career averages.

Ellington’s ability to hit the three-point shot is something that Heat fans should recall. Last season’s December 28 home game against the Nets saw Ellington catch fire with 23 second-half points, hitting four treys in the fourth quarter, to lead Brooklyn to a 111-108 upset victory.

In other news, the Heat have also added forward James Johnson on a one-year, $4 million deal.

James Johnson has signed with the Miami Heat, according to his agency.

Johnson is a seven-year veteran, who played for the Toronto Raptors last season and is known for his defensive ability.

The one-year deal allows the Heat to be flexible for next season’s free-agency bonanza.
[xyz-ihs snippet=”Responsive-ImagenText”]