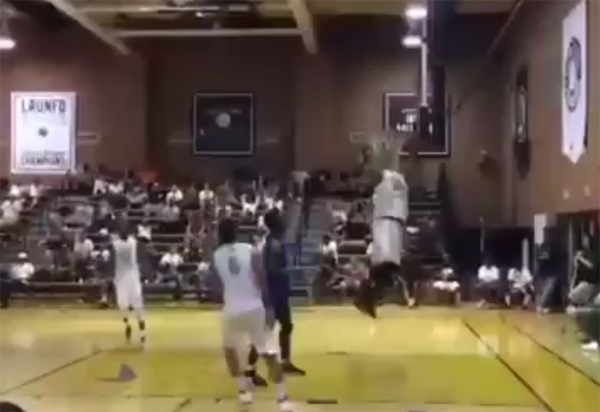 Fresh off signing a $98 million contract, Hassan Whiteside was back on the court on Saturday.

Whiteside’s season ended abruptly when he strained his MCL in the playoffs against the Charlotte Hornets. However, there are no lingering effects of that injury anymore.

The 7-footer joined former Heat forward Dorell Wright‘s team, Scrapes and Gravel, in Los Angeles and shined in his Drew League debut. The Drew League is one of the top Pro-Am leagues in the world and has been a staple of Los Angeles basketball for over 40 years.

Whiteside ended the game with an impressive box score of 30 points, nine rebounds, six blocks, and two steals. Here are some of the thunderous highlights of Whiteside via Snapchat.

The Miami Heat center was awarded the Player of the Game for his performance.

It’s a good sign to see Whiteside back at work, because the team will heavily rely on his performances next year.
[xyz-ihs snippet=”Responsive-ImagenText”]