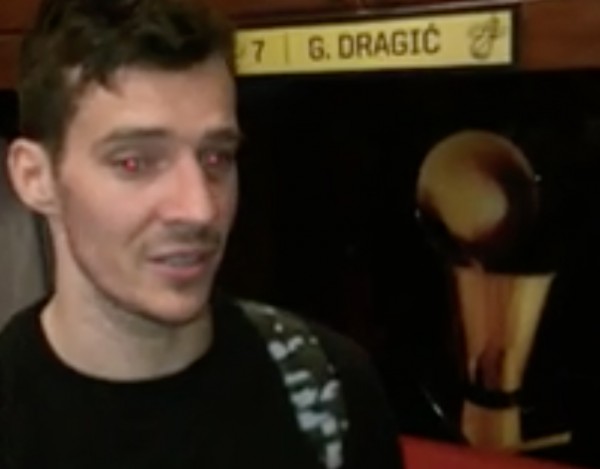 Dragic, who has been the subject of trade rumors all season long, is clearly irked at this point as he tries to lead his Miami team to a winning record.

“It didn’t come from me,” said Dragic in response to rumors saying that he wanted to be traded. “That’s not true, I totally deny that. That’s bullshit man.”

Along with rising star center Hassan Whiteside, the 30-year-old point guard has been doing most of the heavy lifting this season for the Heat, which has amassed a putrid 10-20 record thus far.

The Slovenian point guard is having one of the best seasons of his career with averages of 19.2 points, 6.7 assists and a career-high 4.0 rebounds.

Dragic’s direct quotes should put a hold to the rumors for now, but should the Heat go on another losing streak, there’s no doubt that the the whispers will start back up again.
[xyz-ihs snippet=”Responsive-ImagenText”]