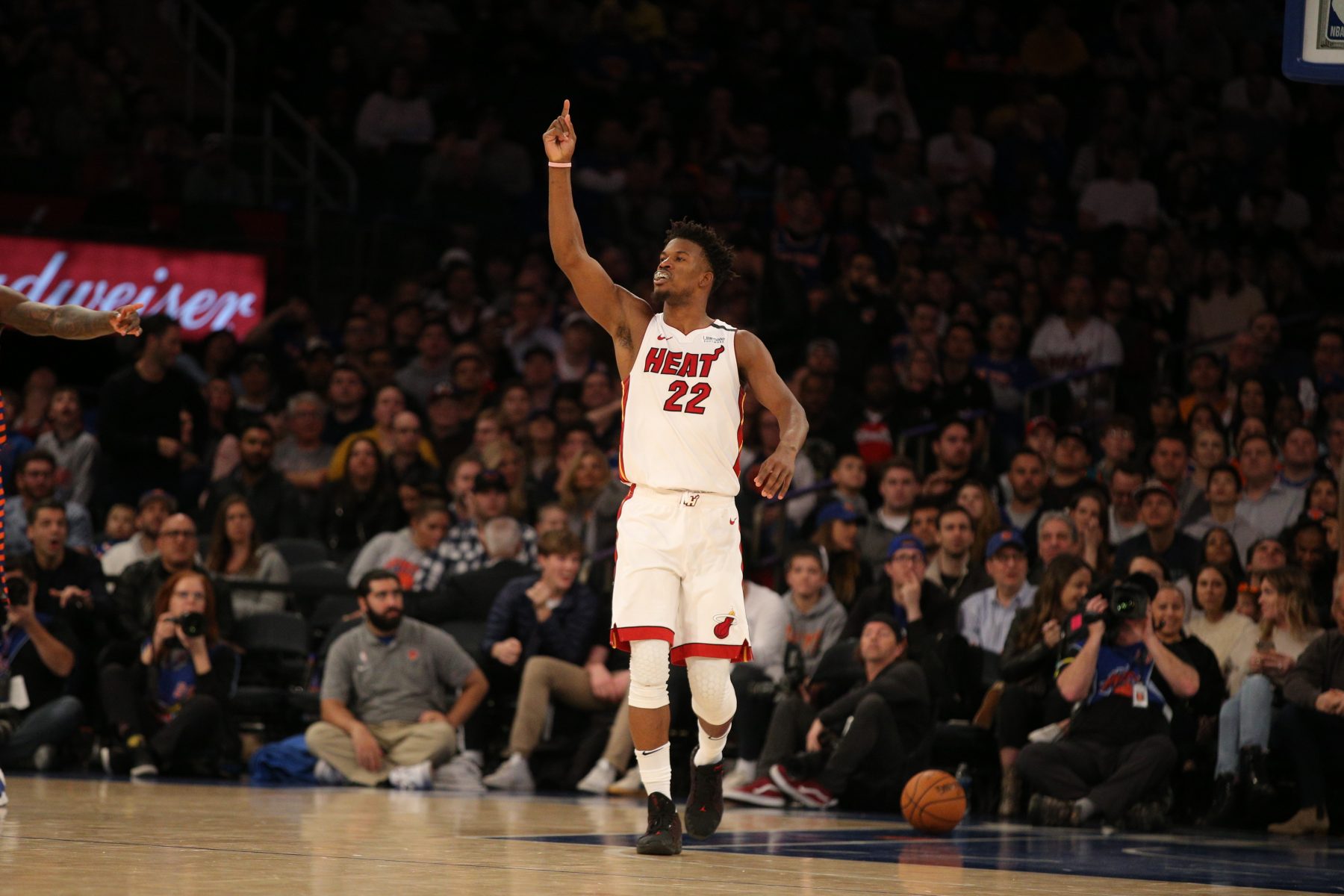 A few months into the 2019-20 season, Jimmy Butler has already shown that he fits perfectly on the Miami Heat.

It is only Butler’s first season in a Heat uniform, but head coach Erik Spoelstra can’t help but think that the All-Star should have been with the team for much longer.

In fact, according to ESPN’s Brian Windhorst and Tim Bontemps, Spoelstra has imagined what the Heat’s Big 3 era would have been like had Miami drafted Butler in the first place.

“It felt like he should’ve been with us all along,” Spoelstra said “All along. I was joking about it with [Heat senior adviser] Chet Kammerer. … I was saying, ‘Man, looking back on it now, how great would Jimmy Butler have been drafting him after that first year with the Big Three?’ Could’ve slotted him in with LeBron [James] be the point, Dwyane [Wade], Jimmy be your 3, CB (Chris Bosh), Shane [Battier]… that team could’ve gone on.”

In the 2011 NBA Draft, the Miami Heat had the 28th pick with Butler still on the board. However, the front office selected point guard Norris Cole.

Butler was drafted two picks later by the Chicago Bulls.

Had the Heat chosen Butler, he would have probably been a great complementary player to Wade, James and Bosh. His legendary work ethic and willingness to defer to teammates would have likely allowed him to thrive as a young pro alongside the three former Heat superstars.

Miami may not have landed Butler almost a decade ago, but Spoelstra and the Heat organization are obviously ecstatic to have him on the roster now.

The Heat are currently third in the Eastern Conference. They also have the opportunity to lure major free agents in the future, thanks in part to Butler’s presence.