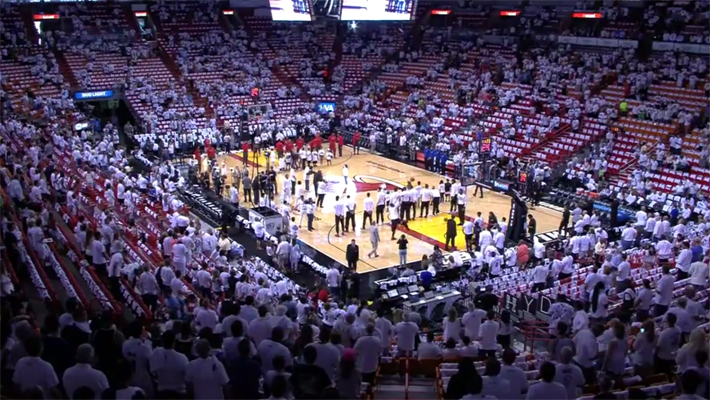 Miami Heat shooting guard Dwyane Wade was seen getting up some extra shots during the Canadian national anthem on Saturday night before the Heat’s Game 3 matchup against the Toronto Raptors.

According to the official rules of the NBA regarding player and team conduct:

“Players, coaches and trainers are to stand and line up in a dignified posture along the sidelines or on the foul line during the playing of the National Anthem.”

Whether or not the league will take action for Wade’s decision-making should be determined in the next couple days.