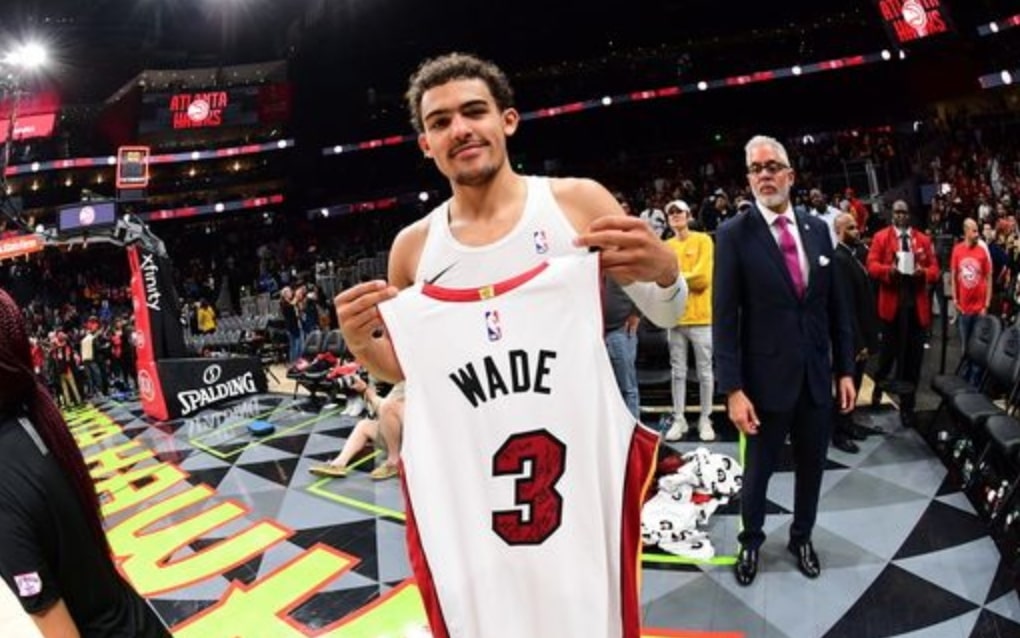 Throughout Dwyane Wade’s final NBA season, players across the league have expressed their gratitude for what the future Hall of Famer has contributed over the past 16 years. Even rookies are jumping at the opportunity to show love and, as Atlanta’s Trae Young did after Sunday night’s matchup, participate in the coveted jersey swap.

The jersey exchange was clearly important enough to Young that he had no problem asking twice. Wade appreciated the sentiment behind the 20-year-old’s texts.

“Definitely I’ve been able to switch jerseys with a lot of veterans in the league,” said Wade. “But it’s also good when the younger guys come in and they want your jersey as well.”

Up-and-comers like Young have seen Wade tearing up the court for as long as they can remember, and it’s good to see them paying their respects to one of the greats.
[xyz-ihs snippet=”HN-300×250-TextnImage”]