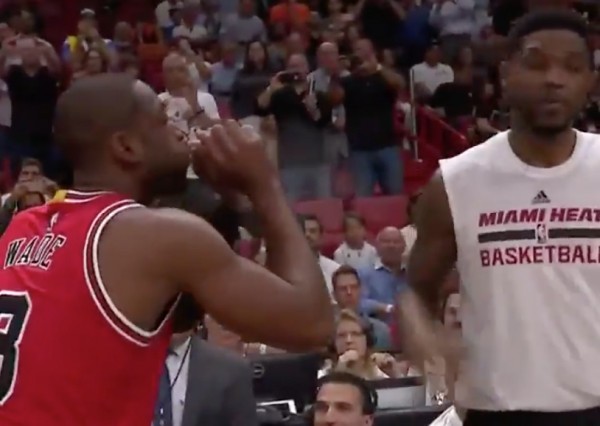 They may be on separate teams now, but the ongoing relationship between Dwyane Wade and Udonis Haslem will likely never falter.

That was evident on Thursday night as Haslem’s Miami Heat took on Wade’s Chicago Bulls at American Airlines Arena. Just before tip-off, watch as Wade decided to have some fun at Haslem’s expense.