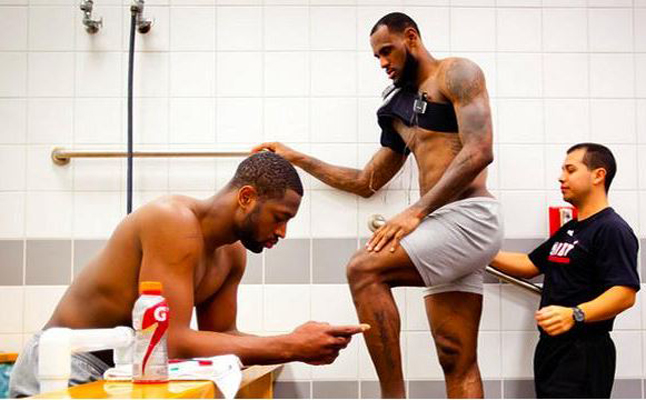 As seen before in the past, Miami Heat veteran guard Dwyane Wade was seen working out on Wednesday morning with former teammate LeBron James (and current Cleveland Cavalier) in Miami. The two, in conjunction with personal trainer David Alexander, were seen in a brief online video working out at an undisclosed gym.

James, who traveled from Cleveland with his wife Savannah, has some time to spare, since the Cavaliers are currently in the middle of their three-day vacation from the NBA grind. They defeated Indiana on Monday night and next face Washington on Friday night

The Heat, who won last night over Chicago, will remain home for a Thursday night matchup against the Phoenix Suns.