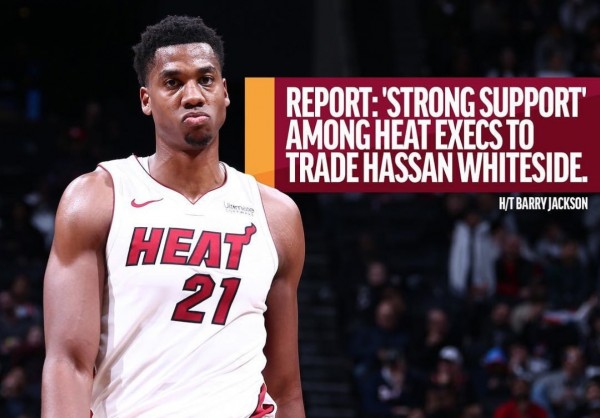 On Friday, it was reported that many within the Miami Heat organization are looking to deal disgruntled big man Hassan Whiteside this offseason.

According to a post Whiteside liked on Instagram on Sunday, it seems he shares the same sentiment. 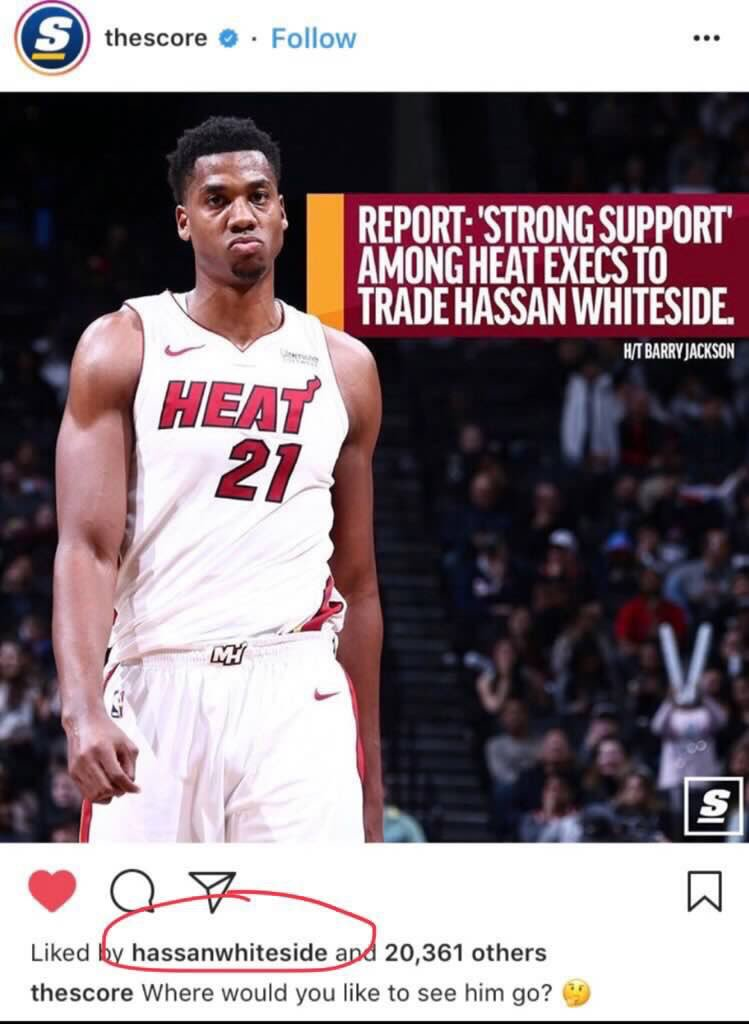 In the 2015-16 season, Whiteside showed an ability to be a dominant big man on both sides of the court when he averaged 17.0 points, 14.1 rebounds, and 2.1 blocks per game. Expectations for him were sky high at the onset of the 2016-17 season, but instead of living up to those expectations, he took several steps back statistically. He ended up averaging 14.0 points and 11.4 blocks per game and served as an off-court distraction for the Heat on several different occasions throughout the season.

The most recent of those distractions took place in Miami’s first-round playoff loss to the Philadelphia 76ers. During that series, Whiteside complained about a lack a playing time amidst several underwhelming performances. The complaints and uninspired play may have served as the last straw for those within the organization who have the power to get rid of the mercurial 7-footer.

With the season behind him, Whiteside seems ready to face the music and say goodbye to South Florida. The only issue for both him and the Heat organization is that because of his massive contract over the next two years, it might be very difficult for the Heat to hammer down a trade unless they are willing to part ways with him for next to nothing.

If they fail to find a deal they deem appropriate, it will be truly interesting to see what happens if Whiteside remains a member of the Heat roster by the time the 2018-19 season rolls around.
[xyz-ihs snippet=”HN-300×250-TextnImage”]