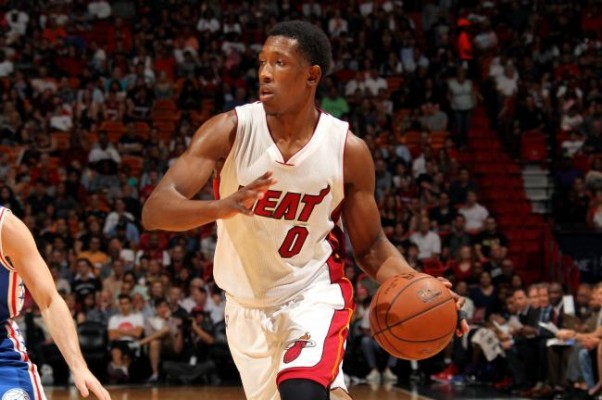 Having emerged unscathed after a full-contact practice on Thursday, Miami Heat guard Josh Richardson has been activated for the team’s Friday night road game against the Toronto Raptors.

Shams Charania of The Vertical tweeted out the news that Richardson had been cleared by team doctors to resume playing. Richardson had suffered a partially torn MCL back in September and was scheduled to miss anywhere from six to eight weeks. The latter number proved to be the more accurate assessment.

Sources: Miami's Josh Richardson has been cleared by team doctors to make season debut tonight in Toronto after MCL tear in September.

Richardson also took to Twitter, primarily to express his excitement about the news:

Thank god for the day

Though Richardson has been cleared to play, how much time he sees on the court (if any) will be something that Heat head coach Erik Spoelstra will determine during the course of the game. Miami’s next game after Toronto will also be on the road, with that contest taking place in Oklahoma City on Monday night.
[xyz-ihs snippet=”Responsive-ImagenText”]