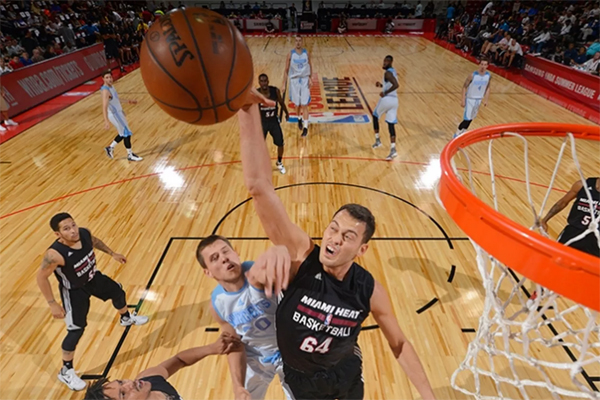 The Miami Heat has added another player from its summer league roster.

The team announced today that it has signed forward Stefan Jankovic from the University of Hawai’i. The terms of the deal have not been reported as per team policy.

Last season at Hawai’i, Jankovic was named the Big West Player of the Year. He averaged 15.6 points, 6.6 rebounds, 1.2 blocks, 1.2 assists while starting all 33 games. He shot 54.3 percent from the floor, 39.3 percent from three-point range and led the Rainbow Warriors to the Big West Tournament Championship and the second round of the NCAA Tournament.

The 6’11” forward has played in all of Heat’s summer league games, but his best performances so far came during the Orlando Pro Summer League. He helped lead the Heat to a perfect 3-0 record while contributing 7.3 points and 2.3 rebounds.

The Heat has been able to make the most of players that have gone undrafted in the past, so Jankovic is hoping he can impress the coaching staff as the Las Vegas Summer League continues.
[xyz-ihs snippet=”Responsive-ImagenText”]