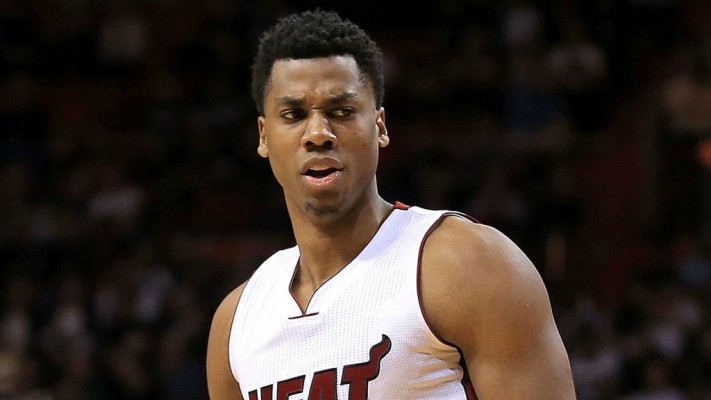 Hassan Whiteside has certainly made waves in the media lately regarding his current free agency situation. After reports came out that teams like the Los Angles Lakers and Golden State Warriors have shown sincere interest in the 7-footer, it became a very real scenario in the minds of Miami Heat fans that Whiteside may not be back in a Heat uniform next year.

Free agency is set to begin on July 1st, 2016, and it seems Whiteside wants to make a decision as quick as possible:

Whiteside says he hopes his situation is resolved on July 1, and that it’s an easy decision

If that’s the case, it won’t give Whiteside much time to go over his options from potential suitors. More likely than not, he is simply eager to get a deal done, especially considering it will be the first time the big man will earn anywhere close to a max contract. However, it sounds like Whiteside may run the risk of making a very big decision far too quickly if he truly hopes to have a decision on the very first day of free agency.

This news comes in addition to another sign of concern to Heat fans after Whiteside told Tim Reynolds of the Associated Press the following:

Couple that statement with Whiteside’s recent Snapchat comment where referred to himself as a “businessman that plays basketball” and you have to at least worry about his mindset a bit.

A smart business man would understand the concept of supply and demand first and foremost, and in the case of Whiteside, his skill set is in very high demand. Thus, he should not form any decision without taking the time to carefully consider the ins and outs of each option.

In any event, by July 1st, we will know whether or not Whiteside has made a decision and what the future may hold for the 27-year-old big man.
[xyz-ihs snippet=”Responsive-ImagenText”]