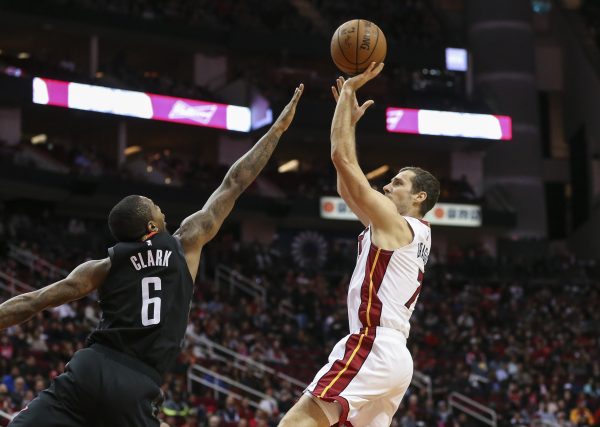 The Miami Heat are looking to solidify their hold on a playoff seed in the Eastern Conference in tonight’s game versus the Cleveland Cavaliers.

Their chances of doing just that improved after it was reported that Goran Dragic will be active for the game.

Goran Dragic back tonight for the Heat

Dragic has missed much of the 2018-19 season after undergoing knee surgery back in November.

He finally returned to the court in late February and averaged 15.5 points and 2.5 assists in four games before he was forced to sit out Miami’s last three games with a calf injury.

He played well when on the court and was pivotal in the Heat’s huge win over the Golden State Warriors on Feb. 27. He recorded 27 points and three rebounds in that contest.

Now, with a spot in the playoffs within reach, Dragic will look to remain healthy for the rest of the 2018-19 campaign to help Miami advance to the postseason.
[xyz-ihs snippet=”HN-300×250-TextnImage”]