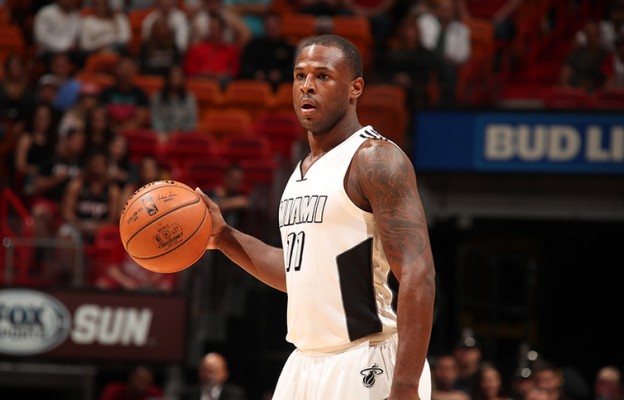 Earlier this summer, the Miami Heat and Dion Waiters agreed to a four-year contract worth $52 million. The Heat also brought back James Johnson and Wayne Ellington, and added former Boston Celtics big man Kelly Olynyk to the roster.

To fit the contracts of Waiters, Olynyk, Ellington and Johnson below this offseason’s cap limit, the Heat moved some of the players’ salaries to bonuses, giving much of the Heat’s roster added incentive to perform.

Waiters missed 36 games last season due to injury, but acording to ESPN, if he is able to appear in 70 or more of the Heat’s 82 regular-season games, he will receive a bonus worth $1.1 million, which would bring his yearly salary up to $12.1 million.

For Olynyk, his $1 million bonus is dependent not on health, but on playing time. Through the first four years of his NBA career, Olynyk has not surpassed 1,538 regular-season minutes, but if he is able to play 1,700 or more minutes this upcoming season, his salary will jump from $10.6 million to $11.6 million. Ira Winderman of the Sun Sentinel concluded that Olynyk’s potential bonus could have decided why a former Heat big man elected to sign elsewhere this offseason.

“The bonus for Olynyk’s minutes could have been among the factors why Willie Reed, last season’s backup center, opted for a one-year free-agent contract instead with the Los Angeles Clippers,” he wrote.

Finally, James Johnson’s bonus is dependent on body-fat measurements or weigh-ins. Last season, the 6-foot-9 forward slimmed down from 275 pounds with 14.5 percent body fat to 238 pounds with 6.75 percent body fat, according to the Palm Beach Post. If he is able to continue his physical transformation he will also see the numbers in his bank account go up.

The Heat may have one of the most balanced rosters in the NBA. While they lack the star power that Heat fans are accustomed to, there is talent and competition at every position. With goal-dependent bonuses encouraging several players on the team, the Heat are clearly aiming to get the most out of all of their players in the upcoming season.
[xyz-ihs snippet=”Responsive-ImagenText”]