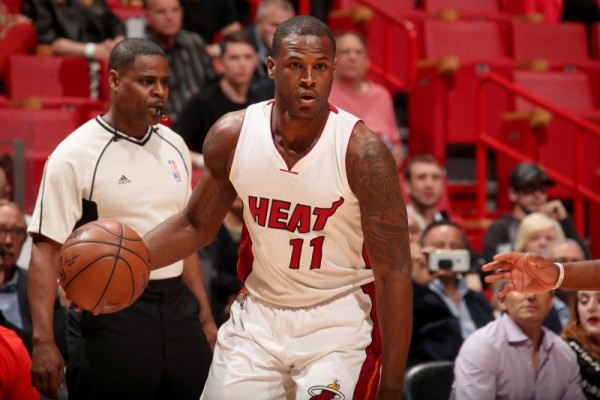 After their thrilling overtime win against the Cleveland Cavaliers Monday night, the Miami Heat are one step closer to reaching the NBA playoffs. Unfortunately, they may have to go the rest of the way without their spark plug two-guard, Dion Waiters.

There was optimism in Miami when Waiters was upgraded to “questionable” before Monday’s tilt. However, he was ultimately unable to suit up. Now, it sounds like there’s a chance he may not even be ready for postseason play — should the Heat make it that far.

Dion Waiters says his ankle will not be fully healed until the offseason. He said he still will try to make it back for playoffs.

Naturally, this is not what Heat fans want to hear at this point — especially while they’re still riding high after the team’s narrow escape from being eliminated from postseason contention Monday night.

The Heat now have no choice but to win on Wednesday against the Washington Wizards. Even then, they’ll still need the Brooklyn Nets to beat the Chicago Bulls, or have the Indiana Pacers fall to the Atlanta Hawks that same Wednesday.

If Waiters comes back for Miami’s matchup against the Wizards, or even if he’s only ready to return come playoff time, he may still be limited on the court. At the very least, he’d have to play through some pain.

Waiters, "Even when I walk, there's still discomfort."

Since Waiters went down back in March, the Heat have struggled a bit to maintain their edge.

They’ve gone 6-6 without the self-assured shooting guard in the lineup. They’d won 23 of 28 just before that. Now they’re right on the edge of making the playoffs, so they could certainly use the assistance of their third-leading scorer sooner rather than later.

Waiters, "The timing of the injury was just bad timing. It's not going to be healed until I rest it completely."

Waiters said he only started jumping two days ago and that cutting still is painful.

Whether the former Oklahoma City Thunder guard returns or not, the Heat still have a legitimate chance to make history this season. If they make the postseason, it will be the first time any team that has started 11-30 has ever reached the playoffs. They should feel good about that — but surely they’d feel a whole lot better if they had a healthy Waiters to help them push on.
[xyz-ihs snippet=”Responsive-ImagenText”]