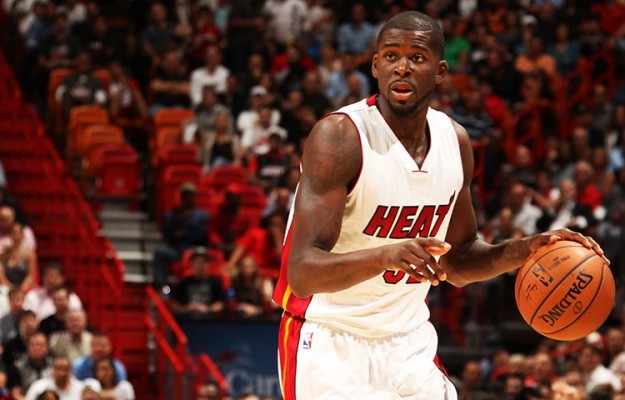 It is no secret that James Ennis had a miserable summer.

After a disastrous summer league showing, the Miami Heat pushed James Ennis’ contract guarantee from August to opening night for the 2015-16 season. However, that decision may change in the coming weeks.

Ira Winderman of The Sun Sentinel reports that the Heat may further postpone a decision to guarantee all of Ennis’ 2015-16 salary. Miami could push the small forward’s salary guarantee until January 10th, when all NBA contracts automatically become guaranteed. Winderman states the following in regards to Ennis’ contract situation:

“I would not be surprised to see the Heat and Ennis again agree to amend his contract, this time to make it a basic, non-guaranteed deal that does not become guaranteed until when all NBA contracts become guaranteed on Jan. 10. That might give Ennis his best chance of making the opening-night roster. Well, either that or having a breakout training camp.”

The second-year forward had a solid rookie season in limited minutes. Ennis was in and out of the rotation, but managed to post respectable averages of 5.0 points and 2.8 rebounds in 17.0 minutes per game.

However, it was his play in summer league that has endangered his spot on the Heat roster. In seven games, Ennis averaged 8.7 points on just 30.4 percent from the field and 11.1 percent from beyond the arc. He also averaged 3.29 turnovers per game despite the fact that he’s not the team’s primary ballhandler.

If the 25-year-old forward hopes to hold off competition for the team’s final roster spot in training camp, he’ll likely have to drastically improve his three-point jump shot.

Even if he makes the team’s opening night roster, it is no guarantee Ennis will be a member of the organization for the entire 2015-16 season.
[xyz-ihs snippet=”Responsive-Ad”]