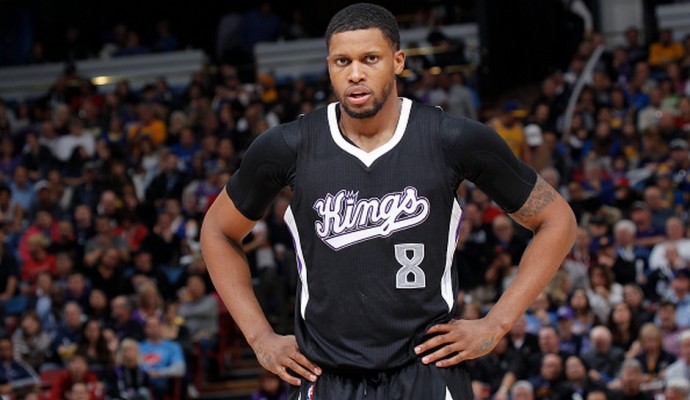 The Sacramento Kings currently have forward Rudy Gay on the trading block, a situation that could potentially involve the Miami Heat since the team is among a group of squads that reportedly “appeals” to Gay.

That news comes from an associate of the Miami Herald’s Barry Jackson. However, he notes that finding a way to provide enough talent in return and dealing with Gay’s 2017-18 contract option of $14.2 million may end up scuttling any potential deal.

The 6’8″ Gay turns 30 on August 17 and was the eighth player taken (by the Houston Rockets) in the 2006 NBA Draft after playing collegiately at the University of Connecticut. However, a draft-night deal sent him to Memphis, where he played the first six-plus years of his career.

Traded at midseason of the 2012-13 campaign to Toronto, Gay was then dealt to Sacramento in December 2013. In November 2014, he signed a three-year extension with the Kings, with this upcoming season scheduled to pay him at $13.3 million.

During his 10 years in the NBA, Gay has averaged 18.4 points and 5.9 rebounds per game from his small forward slot. He’s also averaged 2.3 assists. Last season, those numbers were relatively close to that average, scoring 17.2 points, grabbing 6.5 rebounds and dishing out 1.7 assists.
[xyz-ihs snippet=”Responsive-ImagenText”]