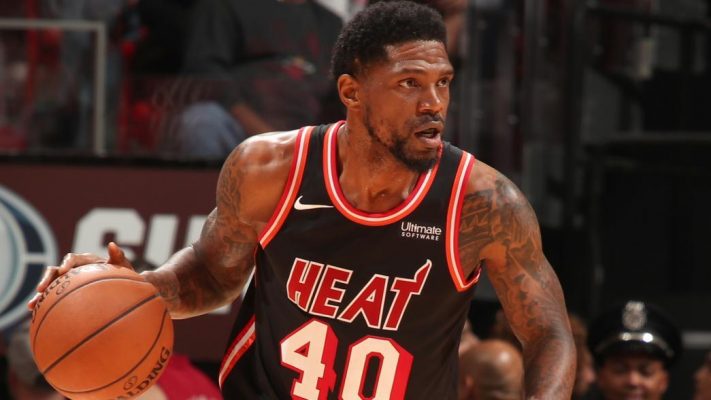 The status of Miami Heat big man Udonis Haslem has been in question since he ended his 15th season with the team earlier this year. Though retirement remains a possibility, it appears that the two forces may be looking to reunite for another year.

Udonis Haslem and Miami Heat officials have had direct conversations in the last few days, with both sides now even more convinced that he will return to the team for a 16th season — as the Heat have hoped. Not finalized yet.

In a subsequent article, Haslem spoke about the current situation:

“It was a great conversation,” Haslem said. “At the end of the day, it’s was a conversation about if they want me back and if I want to be back.”

Reynolds, the AP writer in Miami, noted that Haslem plans on meeting with Heat head coach Erik Spoelstra soon. He also indicated that the veteran is continuing to work out with some teammates in preparation for that potential return.

The 38-year-old Haslem’s on-court contributions have diminished considerably over the past three years, though he continues to offer an invaluable presence in the team’s locker room as a team captain. Since the start of 2017, Haslem hasn’t played more than 20 minutes in a game for the Heat, a situation that had him reportedly considering offers to play overseas.

As a native of the Miami area, Haslem signed with the Heat as an undrafted free agent in 2003 after his college days at the University of Florida. During his 15 seasons with Miami, Haslem has averaged 7.7 points and 6.8 rebounds per game and was a member of all three of the franchise’s NBA title teams.

When Haslem does finally call it quits, his presence in the Miami community won’t disappear. Past and present investments with business partners in Einstein Bros. Bagels have paid off, with a number of outlets dotted across the local landscape.
[xyz-ihs snippet=”HN-300×250-TextnImage”]