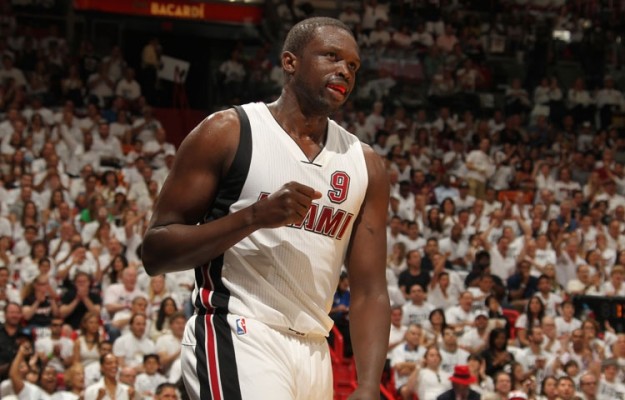 According to multiple sources, including Barry Jackson of the Miami Herald, an Eastern Conference official expects Miami Heat starting small forward Luol Deng to get a two-year deal that pays him at least $12 million annually.

However, that price to keep Deng might be a little too high for the Heat, even though Heat team president Pat Riley would like to bring him back for the 2016-17 season.

“Not only did I enjoy playing here, but it’s an amazing city,” Deng said on May 17th. “I would love to be here. I can’t say one bad thing about being here.”

Luol Deng calls Miami “an amazing city; the fans appreciate how hard you work.” Says he “would love to be here.”

Even if the Heat find a suitor for forward Josh McRoberts’ salary, it will be very difficult to create the necessary cap space if star center Hassan Whiteside re-signs with Miami.

Although he disappeared at times in the Eastern Conference semifinals against the Toronto Raptors, Deng was superb during the previous series against the Charlotte Hornets when he averaged 19.0 points, 6.6 boards and 2.1 assists per game in seven games.
[xyz-ihs snippet=”Responsive-Ad”]