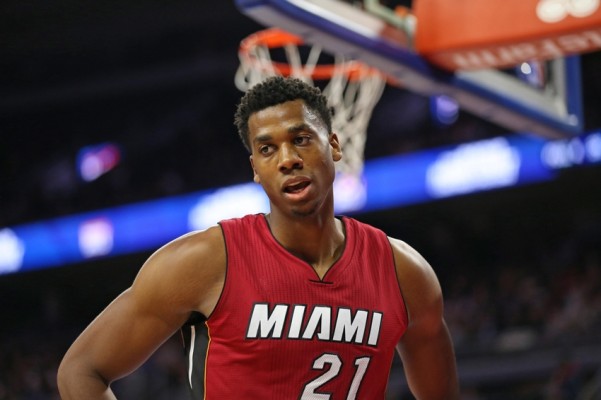 According to sources of the Miami Herald’s Barry Jackson, the Miami Heat would prefer for star center Hassan Whiteside to sign under the NBA max this upcoming summer.

The Heat are intent on convincing him to stay based on the absence of a state income tax in Florida, the lifestyle in Miami, and the fact that they can offer him bigger raises off the first-year salary.

It’s still unknown how this stance by the Heat will affect the unrestricted free agent’s decision, although Whiteside is expected to draw heavy interest on the open market.

Whiteside is a very vocal player on Twitter, not shying away from bringing light on the importance of his center position in today’s NBA.

If you haven’t learned anything from watching the playoffs, it’s clear how important the center position is.#NBAPlayoffs

If you haven’t learned anything from watching the playoffs, it’s clear how important the center position is.

Although the 7-footer racks up eye-opening statistics, he was benched for portions of games throughout the season by Heat head coach Erik Spoelstra and has had his share of maturity issues.

Nonetheless, Hassan will be a heavily coveted free agent in the coming months.
[xyz-ihs snippet=”Responsive-Ad”]