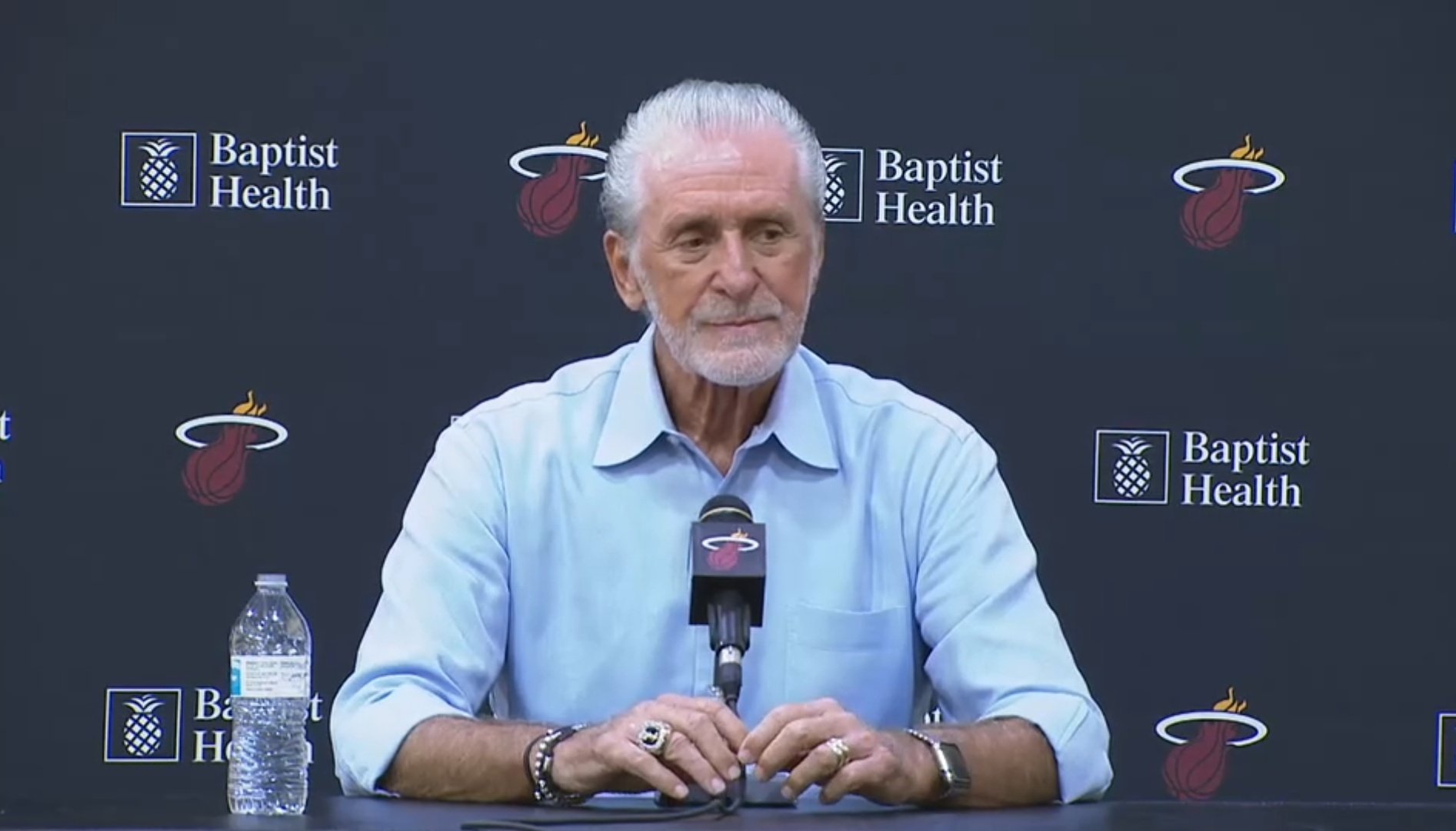 It’s not often that Miami Heat team president Pat Riley jokes about fining his players, but on Friday, the Hall of Fame coach took a shot at Justise Winslow for his recent comments.

During his pre-camp media briefing at AmericanAirlines Arena, Riley addressed Winslow’s previous comments that he wants to play point guard this season.

“We fined him $50,000 and we gave it to Goran [Dragic],” Riley quipped. “He’s a young man. I love Justise. Jimmy Butler loves Justise. We all know what kind of player Justise is.”

Dragic went down with a knee injury last December which left the team without its best point guard for a majority of the 2018-19 season. Coach Erik Spoelstra decided later to put the ball in Winslow’s hands and let him take over the playmaking chores.

But with Dragic finally healthy for the 2019-20 regular season, the expectation is for Winslow to slide back to his natural small forward position.

Winslow had a different perspective, however, when he talked about what position he plans to play this year.

“I’m looking forward to playing point guard this season,” Winslow said. “We’ll see how that works out, but that’s my plan, is to play point guard and be the point guard for this team.”

Unfortunately for Winslow, it looks like Riley has put his foot down on what the team wants from him this season. The 23-year-old veteran should be thankful that his boss is only joking about the huge fine he supposedly received.