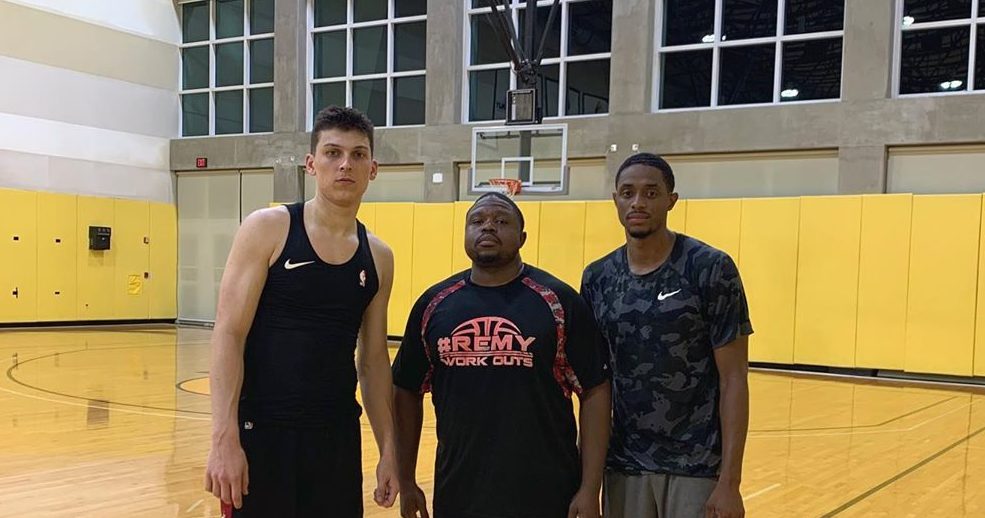 Miami Heat rookie Tyler Herro has recently spent much of his time practicing with a number of NBA veterans.

Most notably, he’s seemingly affixed himself to Heat star Jimmy Butler’s schedule. Butler’s not the only NBA vet he’s trained with, however.

Knight came into the league in the 2011 NBA Draft and had a number of productive seasons before knee injuries derailed his progression. Now with the Cavs, Knight is looking to develop into a solid rotational player behind the young Cleveland backcourt made up of Collin Sexton and Darius Garland.

As for Herro, he will be competing with a number of veterans for playing time. In four Summer League games earlier this offseason, Herro averaged 19.8 points, 4.5 rebounds, and 4.3 assists per game. If he is somehow able to enjoy that kind of production in his first NBA season, Heat head coach Erik Spoelstra would likely have no choice but to enter him into the starting lineup for Miami

Whether or not that happens remains to be seen. One thing that is quite clear, however, is that Herro is putting himself in the position to succeed by training with savvy vets from all over the NBA.