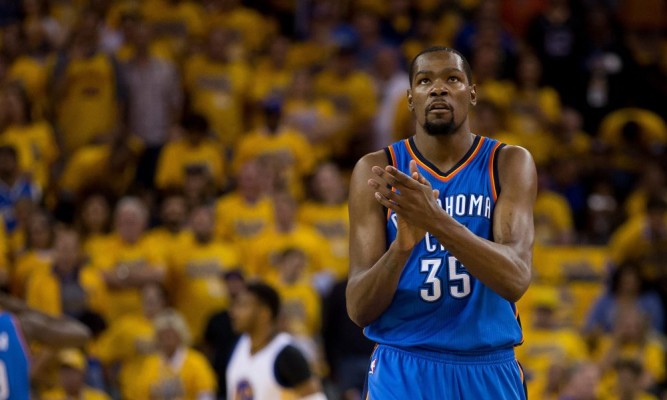 It looks like the Kevin Durant sweepstakes is officially over.

The highly coveted free agent made his announcement on Monday morning via The Players’ Tribune and stated that he would be joining the Golden State Warriors next season.

The move comes as a bit of a shock as Durant was highly expected to re-sign with the Oklahoma City Thunder.

The deal is expected to be worth $54.3 million over the course of two years.
[xyz-ihs snippet=”Responsive-ImagenText”]