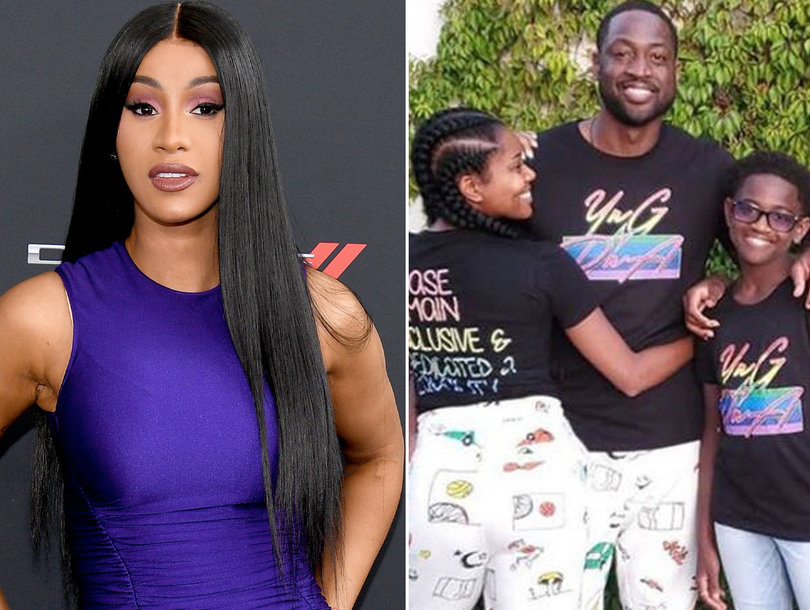 Rapper Cardi B gave her support during Instagram Live Friday, as she urged people to be open-minded about the issue of gender identity.

The issue of transgender individuals is a hot-button one these days. Critics contend that someone can’t truly change his or her biological gender.

In the case of the Wade family, pundits have called them out, saying that Zaya is too young to have a fully developed gender identity.

But the rapper defended the Wade family against those charges.

“People are saying this kid is too young to transition, but it’s like. How old is too young?” Cardi said, adding that she’s asked her trans friends. “When did you know that you wanted to change?

Wade and his wife Gabrielle Union first revealed that Zaya is now a female while appearing on “The Ellen DeGeneres Show” a few weeks ago.

It appears that the Heat community is supportive of the younger Wade’s gender switch. When she was shown on the jumbotron at her father’s retirement ceremony at AmericanAirlines Arena on Saturday, the crowd erupted in cheers.